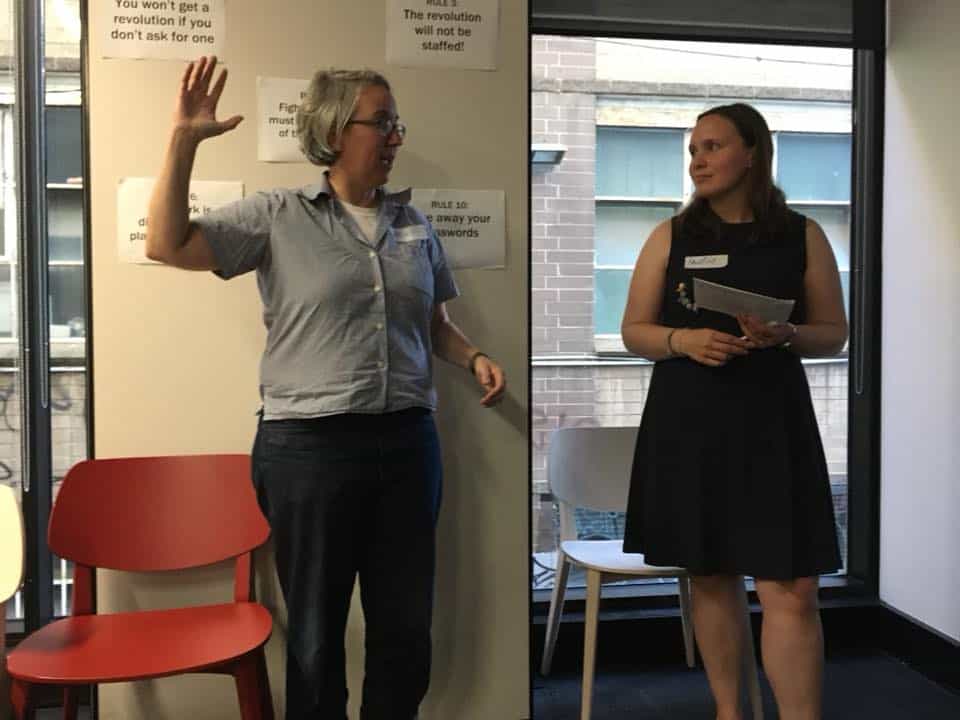 Becky Bond and India Prior at Melbourne Campaigners' Network in 2017.

By Becky Bond, India Prior

Becky Bond joined India Prior (Plan to Win) and a large enthusiastic crowd at the Melbourne Campaigners Network (MCN) for a discussion on big organising on Tuesday 28 November 2017.

The big organising approach utilised in the Bernie Sanders campaign offers several valuable rules to scale up your efforts, empower members and supporters, and catch the fire of momentum.

Becky Bond is co-author of Rules for Revolutionaries: How Big Organizing Can Change Everything. She served as a senior adviser on the Bernie Sanders 2016 presidential campaign, and was an architect of the campaign’s national, volunteer-driven grassroots campaign. After the 2016 presidential cycle, Becky founded the Big Organizing Project and is a pioneer in the use of distributed organising to win advocacy and electoral campaigns.

Please note: It’s hard to hear some questions from the audience in this recording but you’ll get the gist from Becky’s responses.