These films and documentaries are essential viewing for changemakers and activists. Let us know if you have any suggestions! The films are listed below from A – Z.

A documentary series on one of the 20th century’s most important and least-known stories: how nonviolent power overcame oppression and authoritarian rule. It includes six cases of movements, and each case is approximately 30 minutes long. (India, USA, South Africa, Denmark, Poland and Chile). The film is available to watch in many different languages. 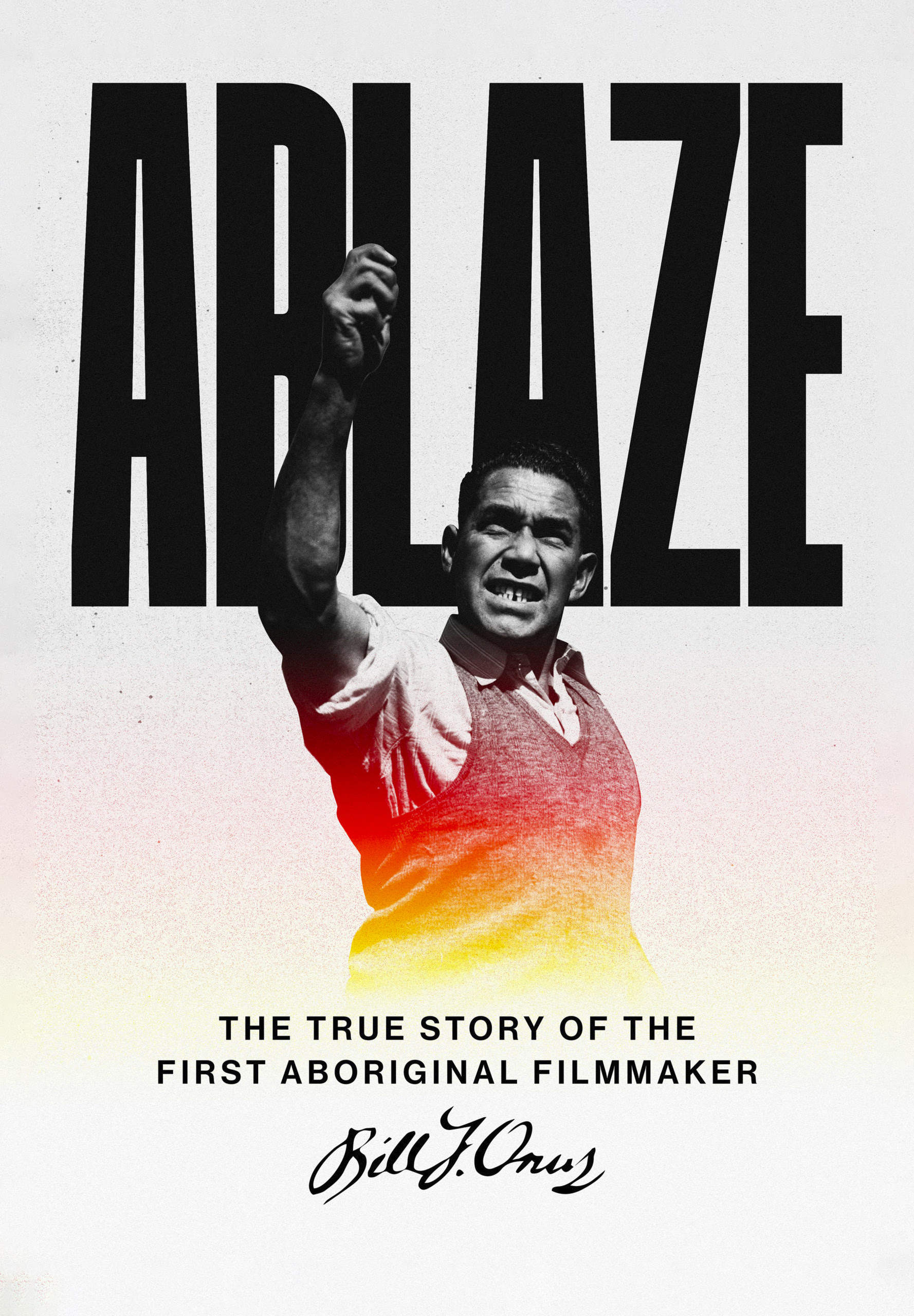 Ablaze tells the story of Australia’s first indigenous filmmaker Bill Onus, a Yorta Yorta and Wiradjuri man from Victoria, a truly heroic cultural and political figure who revived his peopleʼs culture in the 1940s and ignited a civil rights movement that would, against enormous odds, change the course of history.

Always was Always Will Be

In 1989 a dispute over the redevelopment of the Old Swan Brewery on the Sacred Grounds of the Waugul, Kings Park, Perth convulsed the politics of Western Australia. Its lessons are important for all who are concerned about Aboriginal rights and culture, the environment, the progressive role of Trade Unions, the integrity of the Labor Party and the social/spiritual activities of the Churches. Made as a campaign film, Always Was Always Will Be, is a visually rich account of this historically important struggle over a sacred site, giving an insight into the living culture and beliefs of urban Aboriginal people in Western Australia.

Amandla! A Revolution in Four-Part Harmony

A 2002 documentary film depicting the struggles of black South Africans against the injustices of Apartheid through the use of music. The film takes its name from the Zulu and Xhosa word amandla, which means power.

When the coal seam gas industry staked a claim on the Northern Rivers region of Australia, alarm bells rang out. Thousands of people from all walks of life organised themselves to rally against the unconventional gas invasion. But despite the enormous public opposition, the gas industry and the State Government were determined to see their gas plan through. A series of dramatic blockades ensued before the final battlelines were drawn in the peaceful farming valley of Bentley. A critical mass of people flocked to the site to stare down the threat of 850 riot police, ordered in to break up the protest. What happened next set an historic precedent. Filmed over five years, The Bentley Effect documents the highs and lows of the battle to keep a unique part of Australia gasfield-free. This timely story of a community’s heroic stand shows that peaceful protest and non-violent direct action can not only overcome industrial might and political short-sightedness … but it can also be a lot of fun. This highly acclaimed film chronicles and celebrates one of the fastest growing and most creative social movements we have ever witnessed, posing the question ‘what is truly valuable?’

Blackfish tells the story of Tilikum, a performing killer whale that killed several people while in captivity. Along the way, director-producer Gabriela Cowperthwaite compiles shocking footage and emotional interviews to explore the creature’s extraordinary nature, the species’ cruel treatment in captivity, the lives and losses of the trainers and the pressures brought to bear by the multi-billion dollar sea-park industry. This emotionally wrenching, tautly structured story challenges us to consider our relationship to nature and reveals how little we humans have learned from these highly intelligent and enormously sentient fellow mammals. Blackfish led to great change and is a testament of the power of documentaries. Read about the impact here.

The plot deals with the struggle of poorly paid janitorial workers in Los Angeles and their fight for better working conditions and the right to unionize. It is based on the “Justice for Janitors” campaign of the Service Employees International Union (SEIU).

Bringing Down a Dictator

Bringing Down A Dictator is a 56-minute documentary film by Steve York about the nonviolent defeat of Serbian leader Slobodan Milosevic. It focuses on the contributions of the student-led Otpor! movement. It is available to watch in many different languages.

A 2014 Mexican-American biographical film about the life of American labor leader Cesar Chavez, who cofounded the United Farm Workers.
About | Watch

A groundbreaking summer camp galvanizes a group of teens with disabilities to help build a movement, forging a new path toward greater equality.
About | Watch

In the 1950s, a working-class wife and mother of eleven children helps to establish a farmer’s union, which later develops into a platform for feminism and gender equality. Dolores Huerta is among the most important, yet least known, activists in American history. An equal partner in co-founding the first farm workers unions with Cesar Chavez, her enormous contributions have gone largely unrecognized. Dolores tirelessly led the fight for racial and labor justice alongside Chavez, becoming one of the most defiant feminists of the twentieth century—and she continues the fight to this day, at 87. With intimate and unprecedented access to this intensely private mother to eleven, the film reveals the raw, personal stakes involved in committing one’s life to social change. Documentary made in 2017.
About | Watch

Erin, a single mother, becomes a legal assistant and comes across a case against Pacific Gas and Electric. When she discovers that the company is poisoning a city’s water supply, she seeks justice.
About | Watch

In 1998, over 5,000 people travelled to Kakadu, in the Northern Territory, to stand alongside the traditional owners of the land, the Mirrar people, and lend their support to the Jabiluka Campaign. The fight to prevent the development of the Jabiluka uranium mine was one of the biggest protest movements in Australia’s history and over 600 people were arrested in the process. It took film-maker Pip Starr four years to make this film, including one year spent documenting these historic events.

Fire Talker: The life and times of Charlie Perkins

Fire Talker traces the life of Charlie Perkins from his humble beginnings to becoming one of the most influential Indigenous figures in Australia’s history.

Watch 5 short documentaries about courageous leaders who are standing up for gender justice and writing new futures for themselves and their communities.

A critical masterpiece, GANDHI is an intriguing story about activism, politics, religious tolerance and freedom. But at the center of it all is an extraordinary man who fought for a nonviolent, peaceful existence, and set an entire nation free.

A 1976 documentary film covering the “Brookside Strike”, an effort of 180 coal miners and their wives against the Duke Power Company-owned Eastover Coal Company’s Brookside Mine and Prep Plant in Harlan County, southeast Kentucky in 1973.

How to start a revolution, Gene Sharp

The BAFTA award winning Documentary following the work of three time Nobel Peace Prize Nominee Gene Sharp. As waves of revolutionary spirit sweep the world, one man’s ideas continue to inspire, mobilize and unite protestors, giving them the tools to topple authoritarian regimes. Quiet, unassuming, and softly spoken, 83 year old Professor Gene Sharp is celebrated by revolutionaries and feared by dictators. So what are his ideas, how have they spread from his tiny Boston office, and how are they actually used on the ground? This is the inspirational story of the power of people to change their world, the modern revolution, and the man behind it all.

How to survive a plague

A 2012 American documentary film about the early years of the AIDS epidemic, and the efforts of activist groups ACT UP and TAG.

Revisit the historical journey made 50 years ago by a group of University students led by Aboriginal activist Charles Perkins, who set off on a bus ride around regional New South Wales to expose racism and prejudice in regional NSW. What they encountered along the way showed just how prevalent segregation and injustice existed in Australia. The trip would prove to be a turning point in the Australian civil rights movement.

About and Watch [SBS]

The film dramatizes the events of the Battle of Matewan, a coal miners’ strike in 1920 in Matewan, a small town in the hills of West Virginia.

About I Watch I Trailer

When a Chicano handyman from the Milagro Valley decides to irrigate his small beanfield by “borrowing” some water from a large and potentially destructive site, he unknowingly sets off a chain reaction that erupts into a humorous culture clash. The developers then try to stamp out the modest plantings, forcing the handyman’s friends to team up with the spirited “rebel” to protect and preserve their way of life.

Norma, a married woman working in a factory, is displeased with the unhealthy working conditions. She decides to combine other workers with Reuben, a union organizer.

Orange Revolution is a 2007 feature-length documentary produced by York Zimmerman Inc. and directed by Steve York capturing the massive street protests that followed the rigged 2004 presidential elections in the Ukraine. It is available to watch in different languages.

Based on a true story, the film depicts a group of lesbian and gay activists who raised money to help families affected by the British miners’ strike in 1984, at the outset of what would become the Lesbians and Gays Support the Miners campaign.

About I Watch [Amazon] I Watch [YouTube] I Trailer

An outstanding historical account of the Green Bans first introduced by the New South Wales Builders Labourers Federation in the 1970s in response to community demand to preserve inner- city parkland and historic buildings.

About I Watch [Kanopy] I Watch [Vimeo]

An inspirational true story, ROMERO captures the essence of one man’s incredible courage, exploring the life of respected Archbishop Oscar Romero, who in 1980 made the ultimate sacrifice against social injustice and oppression in his country of El Salvador.

Selma is the story of Dr. Martin Luther King Jr.’s historic struggle to secure voting rights for African-Americans – a dangerous and terrifying campaign that culminated in the epic march from Selma to Montgomery, Alabama that galvanized American public opinion and persuaded President Johnson to introduce the Voting Rights Act in 1965.

The story of Karen Silkwood, a metallurgy worker at a plutonium processing plant who was purposefully contaminated, psychologically tortured and possibly murdered to prevent her from exposing blatant worker safety violations at the plant.

About  I  Watch  I Trailer

In the early morning hours of June 28, 1969, police raided the Stonewall Inn, a popular gay bar in the Greenwich Village section of New York City. Such raids were not unusual in the late 1960s, an era when homosexual sex was illegal in every state but Illinois. That night, however, the street erupted into violent protests and demonstrations that lasted for the next six days. The Stonewall riots, as they came to be known, marked a major turning point in the modern gay civil rights movement in the United States and around the world.

Inspired by these films? Start or join a movement