In a 2020 article, which originally appeared in Interface: A journal for and about social movements, Extinction Rebellion member Kyle R Matthews explores how scholarship regarding civil resistance campaigns seeking regime change has been used by environmental activists. Matthews analyses the applicability of research conducted by Chenoweth and Stephan to protest movements in liberal democracies as well as the impact of its interpretation on movement strategies and effectiveness.

Extinction Rebellion (XR), a climate change movement that launched in November 2018, has quickly risen to prominence after engaging in highly visible and disruptive actions. XR seeks to achieve its goals by both educating and informing, but also disrupting ‘business as usual’, creating a sense of crisis, and putting direct pressure on elected leaders to enact change quickly. XR’s founders paid particular attention to social movement research when forming XR and developing its strategies of change, seeking to make XR successful in achieving its goals (Hallam, 2019a; The Economist, 2019). Since its launch XR has spread worldwide, forming a significant part of the global movement, with over 485 local groups in more than 60 countries (Iqbal, 2019; Feder, 2019).

This article explores XR’s use of nonviolence research, particularly the ‘3.5% rule’. The 3.5% rule is drawn from empirical research done by Chenoweth and Stephan (2011) on resistance campaigns from 1990-2006. In the dataset developed by Chenoweth and Stephan every campaign that mobilised at least 3.5% of the population in sustained protest was successful. However, Chenoweth and Stephan’s data relates to state-wide systemic change, mainly overthrowing autocratic governments, and does not apply to change in liberal democratic states. Yet XR has adopted the 3.5% rule as being relevant to the liberal democratic context that it operates in, spreading this understanding throughout its global movement.

I therefore argue that XR is misusing research by applying it to a context that it does not relate to. This misuse has informed XR’s strategy of mass mobilisation and disruptive actions, and led it away from alternative strategies that may be more useful. I engage in this work as a supporter of, participant in, and researcher engaged with XR. I am involved with XR at the local level through my membership and research work with Extinction Rebellion Ōtepoti Dunedin, nationally with Extinction Rebellion Aotearoa New Zealand, and globally as a member of the wider climate change movement. My relationship with XR explicitly calls for research that makes a valuable contribution to informing the goals and processes of social change. This activist-scholar approach is my response to the call by Meyer (2005) for social movements and their tactical choices to be informed by quality research rather than anecdote and assumption. I pursue this work through militant ethnography, a politically engaged and collaborative form of participant observation carried out from within grassroots movements (Juris, 2007). This positionality has enabled me to see the 3.5% rule diffuse throughout XR and other social movements globally, analyse the impact of this diffusion on discussions within XR about the best way to achieve social change, and provided me with the knowledge to critique this rule within the XR context. My approach therefore is not to damningly criticise XR and their work, but rather to engage constructively through sympathetic critique in order to make its strategies more effective. 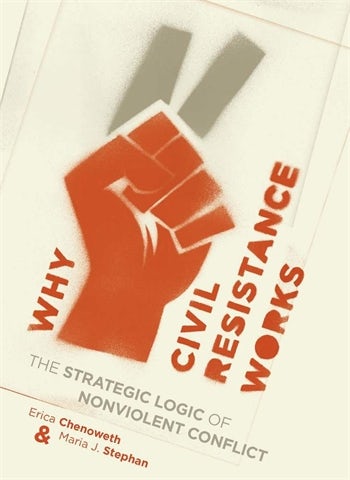