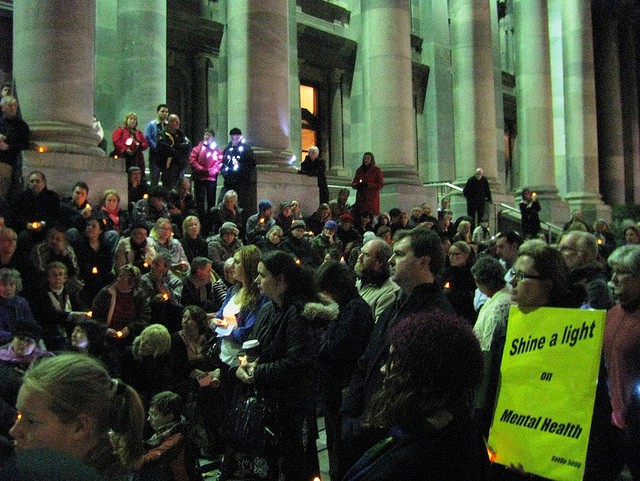 10 tips from GetUp’s decade of campaigning

Below are 10 great campaigning tips shared by Sam Mclean at a presentation to Campact in 2015.

1. Figure out how you’re going to win, and work back from there

Campaigners are always looking forward – planning what to do next, responding rapidly to current events happening around the world. But pause and think about what your campaign win looks like in the end and work back from there. The common ingredient of successful campaigns is doing proper power analysis.

A great example of this was GetUp’s 2010 mental health campaign, which started as a response to an election debate. Two and half years later they won and the mapping looked exactly the same as when they started.

2. Think outside the toolbox

Remember that your digital tactics won’t always work when copy and pasted into different scenarios. Always think about what it will look like to win your campaign, not what the target of a certain petition is.

The best example from GetUp of this was their enrol to vote tool. They started off with a petition, but the electoral commission said they would only accept enrolments via fax. So GetUp built a faxing tool, so that members online actions would be converted – and covered all the costs. The electoral commission responded to this saying they had to take the website down, so GetUp took them to court. They didn’t just challenge the decision, but the entire law. And won.

380,000 people used the website to enrol to vote – and together they changed the election result.

3. Never forget that campaigns are stories

Campaigns evolve over time, and they have all the key elements of a good story – a hero and an enemy, a crisis and a mission, multiple setbacks over the time. Often there’s even wizards!

An example of this is an Australian, David Hix, who was locked up in Guantanomo Bay. To start with he was very unpopular, and 80% of Australians didn’t care that he was in there. But then GetUp shifted the debate using a story:

Initial failures are to be expected, push through them.

Often we’re so focussed on testing and metrics that we drop things if they don’t work at first – if we don’t push on we could lose or miss valuable things.

GetUp trialed having a high-profile ambassador (Patrick McGorry, Australian of the Year) endorse their Mental Health campaign in 2010. At first, the tactic was a total failure. But tried again at another major moment and it turned into one of the biggest victories they have ever had.

5. Know what not to test

GetUp’s sad koala campaign tested off the charts – but the same day they were testing it there was a foreign aid vote that was really important. GetUp decided to not go for the campaign that tested really well, but instead back the aid campaign they deemed more important. Because people’s lives matter more than koala smiles.

Unfortunately, there’s no real metric for “is this campaign the most important one to be working on right now?“. Sometimes you’ve got to step outside the numbers.

6. Test all of your assumptions, not just open rates

However, not all things are impossible to test. And testing all of our assumptions are really important.

For three elections in a row, GetUp spent tons of recources, money and staff time on producing scorecards to hand out on election day – and repeated it because they assumed it was a really important thing to do. But then in the 2013 election, A/B testing different tactics at different election booths showed scorecards wasn’t as important as assumed – in most places it made no difference, and in some it actually made the results worse.

If your core assumption is about impact, you can probably test your assumption. And should.

GetUp’s most viral ever video, “It’s Time” was the idea of an intern in an all-staff brainstorm in the office.

Never assume your most senior staff have the best ideas. Involve everyone – senior, junior, interns, volunteers and even members in idea brainstorms. GetUp built a great culture of regular member surveys and frequent all-staff brainstorming meetings – where anyone could come even if they weren’t a campaign expert.

8. Listen to Taylor Swift. “Shake It Off”

GetUp always assumed that one of the worst things that could ever happen to them was a front page scandal in one of the major newspapers. Avoided this by being careful and risk averse.

But then it happened, and it wasn’t a big deal. Most people whose opinion matters (your members + your donors) believe you more than any Murdoch-owned paper.

So – shake it off, and never let an idea or mission be killed because of a right wing spin piece. The only peoples opinion that matters is your members.

A lot of the time our campaigns are about specific things and achievable outcomes. But there are so many emotional things that aren’t tangbile.

Best example of this is GetUp’s asylum seeker campaign. Struggled to gain traction for many years demanding specific policy changes, then an asylum seeker died in an offshore detention centre – and they responded with emotional vigils called #LightTheDark all over the country. Candle lit vigils and other oppotunities for your members to show emotion are just as important as powerful tactical strategies.

Offices are the worst. Don’t get stuck there. Get outside – and meet some incredible people who can inspire and drive your work.

Go see the issues you work on first hand, and meet parter organisations working on the frontline. See the shit you’re campaigning against, go live it and put yourself back in your place.

Don’t think you’re the only people doing stuff well – get out of the ivory tower, often.