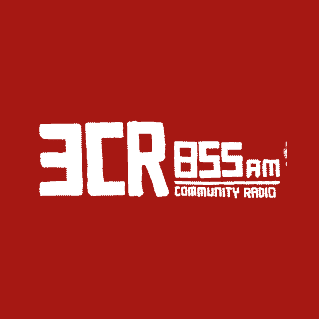 A series of audio recordings from a pilot project involving 3CR Community Radio, The University of Melbourne and the Commons Library which explores community campaigning. This radio series focuses on environmental activism in the 1980s and 1990s.

From 1979 to the 1990s Australia, Canadian and American activists took part in a series of environmental blockades that didn’t just defend old growth forests, rivers and other biodiverse places, but also changed how we value and understand them.  From occupying trees high up in the redwoods of the Pacific Northwest to facing down bulldozers in British Columbia and Tasmania these activists created a tactical toolkit that has served communities ever since. Join Iain McIntyre for a series of conversations with the people who took part in these pioneering campaigns.

This series was produced as a pilot for a broader project investigating community campaigning around a variety of issues. It involved collaborative work between the University of Melbourne, Community Radio 3CR and the Commons Library.

Karen Coulter discusses radical environmentalist network Earth First! and a number of the blockades its members carried out in Orgeon, California, Washington and other parts of the US during the 1980s and 1990s as well as her ongoing work with the Blue Mountains Biodiversity Project. Listen here.

Part 2: First Nations Blockades in Canada in the 1980s

Mary La Ronde tells us about blockades in 1988 and 1989 which the Teme-Augama Anishnabi First Nation carried out to assert their sovereignty and prevent the clearfelling of old growth forests within their territory in North-eastern Ontario. Terry Glavin discusses a variety of First Nations blockades against logging which took place in British Columbia during the 1980s.  Listen here.

Lisa Yeates and John Seed recall the events of the 1979 Terania Creek and 1982 Nightcap blockades, campaigns which protected rainforest in Northern NSW from logging and also established direct action at the point of destruction as a means of forest defence in Australia.  Listen here.

Paul Winstanley discusses his experiences  from the late 1980s to the 2000s eluding police and “rescue” workers, surviving hypothermia, going to jail and having his tree cut down (with him in it), all in the service of defending British Columbia’s old growth forests.  Listen here.