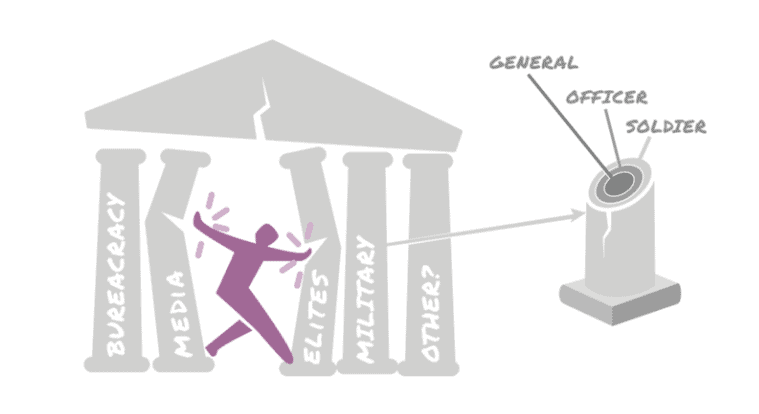 Identify the institutions that your target relies on for support so you can weaken or disrupt their power.

Many believe that “power grows out of the barrel of a gun,” as Mao Zedong famously said. However, research and experience show that power stems not just from a powerful opponent’s ability to use force, but also from the consent and cooperation of the institutions and organizations that sustain the oppressor: the media, the army, the police, the courts, the universities, organized labour, international backers, and others.

Use a pillars of power analysis to identify the institutions without whose support your target would collapse, and to strategize ways to weaken or remove those institutional “pillars,” so that the foundation that sustains the target begins to crumble and the system falls. Once you understand the various institutions that enable a specific oppressive regime or status quo situation to maintain its power, you can investigate how to neutralize, undermine, or withdraw the foundations that the oppressive system depends on, and reduce its power.

Power ultimately rests in the hands of millions of ordinary people who keep society running smoothly on a day-to-day basis, and who can shut it down should they so choose.

Some of these pillars, such as the military, the police, and the courts, are coercive in nature, compelling obedience through force or the threat of force, while other pillars, like the media, the education system, and religious institutions, support the system through their influence over culture and popular opinion. Hence, the power of even the most charismatic or ruthless leader is contingent upon the support of key institutions, themselves vulnerable to popular action or withdrawal of consent from the general population.

In February 2011, Egyptian President Mubarak was forced to leave office when several of his key institutional pillars cracked — the army and business community foremost among them — removing their support for him. (Unfortunately, in the long run, the Egyptian revolution was unable to assemble a strong enough foundation of its own to counter the regime’s largest pillar, the military, which retook control in a coup in 2013.) 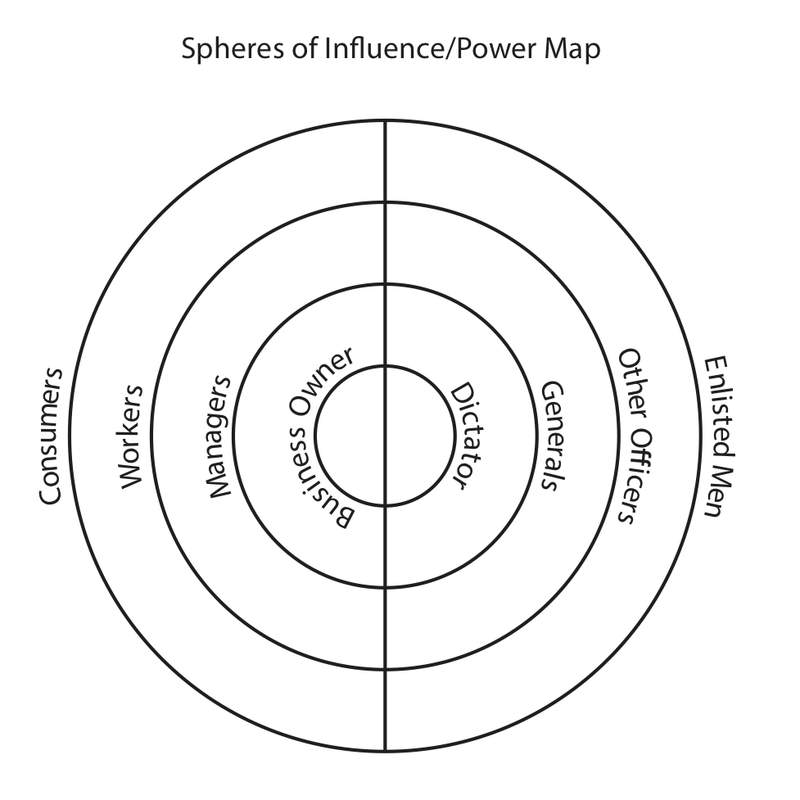 Identifying the internal construction of a pillar of power can help determine where you can have the greatest impact as you break down support for the system.

As another example, a major turning point leading to the downfall of Serbian President Slobodan Milosevic in 2000 was when the police refused to enforce his orders to fire on protesters. This was the result of a deliberate strategy by the leading opposition group Otpor to reach out to the police and remind them that their families and friends were among the demonstrators. Desertions, especially from high-level military positions, are a clear sign that this crucial pillar of support has begun to crumble.

Power ultimately rests not in the grip of presidents, generals, and billionaires, but in the hands of millions of ordinary people who keep society running smoothly on a day-to-day basis, and who can shut it down should they so choose. This is the meaning of the slogan “people power.”

One of the main reasons that so many injustices persist is not that the powerful can simply do whatever they want with impunity, but that most people are ignorant of the power they can wield by withdrawing their consent (see: Tactic: General strike).

This understanding of power has been repeatedly vindicated in recent decades, as numerous dictators and extremely repressive regimes have been toppled by unarmed people with minimal violence but much courage and creativity. These successful nonviolent struggles simply cannot be explained by someone who sees violence as the only, or even the primary, mechanism of power.

How to Use a Pillars of Power Analysis

Then, compare and identify your ability to impact or reach whomever makes up the pillars that are both critical to the system and vulnerable to your impact. These are the places where your campaign has great potential. 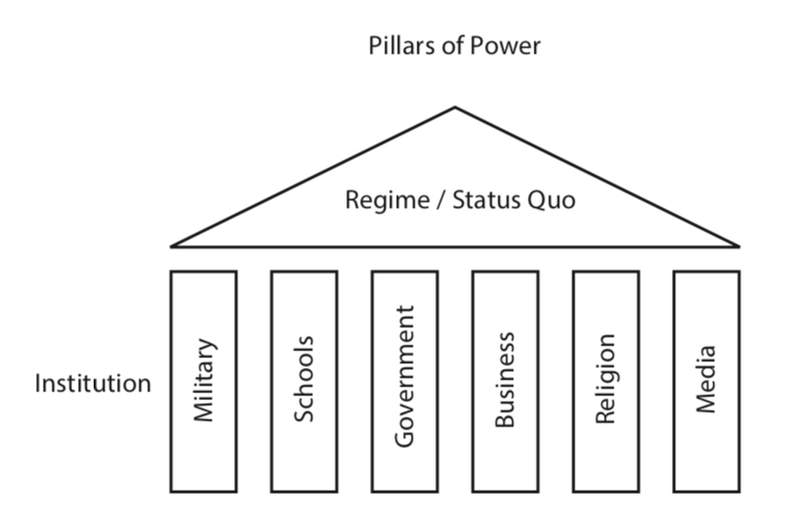 The pillars of power are the institutions that support the system or issue you are addressing.

This tool is great for starting out with people-power strategic planning, and will develop a big picture overview of the vulnerability and strengths of the system you are fighting. But don’t mistake this for a detailed road map for your campaign — follow up this tool with others mentioned in the “How To Use” section. And, as in real life, if you end up pushing the pillars of support in towards the center rather than pulling them away, the roof will not come down. Take this into account when determining which pillars you will target, and how.

The origins of this analysis come from Gandhi, Gene Sharp, Robert Helvey.