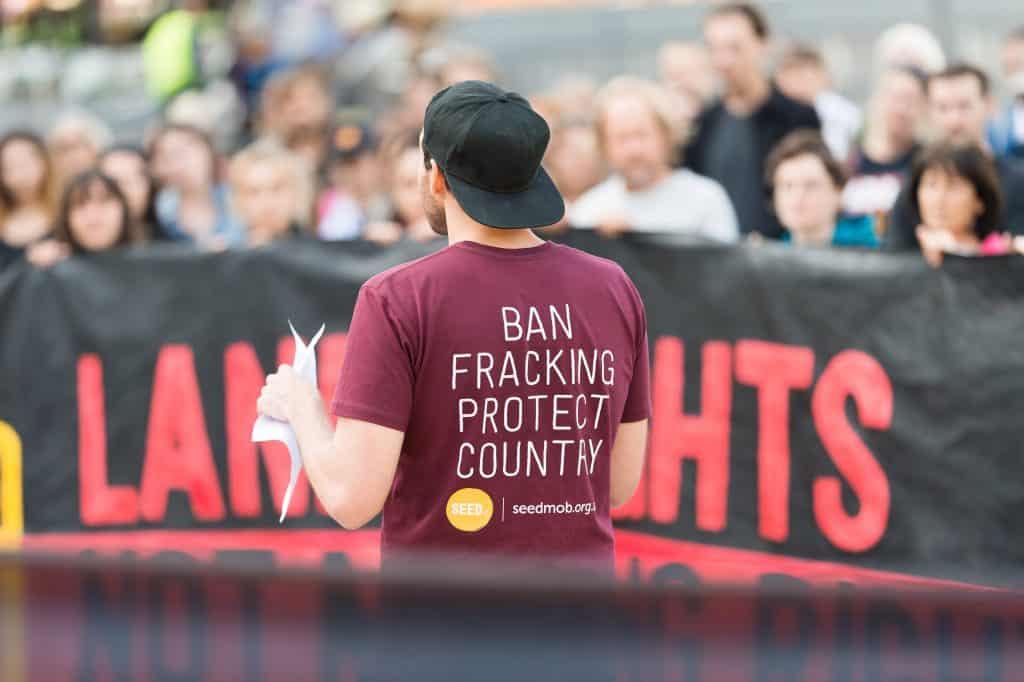 The following is a summary of some of the key points he drew from the Community Mapping Workshop facilitated by Larissa Baldwin, First Nations Campaign Director from GetUp and a former leader of Seed Indigenous Youth Climate Network, and Kaz Uy, Community Organiser with Oxfam Australia and founding member of the Philippines Ocean-Action Resource Center.

What is Community Mapping?

Community Mapping is a process which enables people to gather accurate information about how a community operates in order to mobilise its members and put them in a better position to represent themselves. Rather than taking a broad approach in generating large scale conversations or recruiting supporters from any location to engage in activism around a cause, it involves a longer-term process of listening and communication with and within a specific community. It requires activists to help community members with the mapping as a step towards them coming up with their own organising strategies, as opposed to them being imposed from outside.

This approach not only builds a community’s capacity and autonomy in regards to specific issues but can help them exercise greater power more generally. For campaigns seeking to establish themselves in a region, it can also provide an initial base from which local and broader campaigners can then reach out to others.

The process is time and resource-intensive and requires an initial shift in focus away from reacting to wider events. It has often been successful in building a platform for long term, deep and sustainable social change.

The community mapping process has many specific advantages, including that it:

Within this process activists and organisers generally operate as facilitator in helping to locate those most engaged in community activities whilst gaining information on how best to support them. The kind of information that can be gathered and the things to be considered before initiating the process are covered in the worksheet which was originally created for the Sierra Club by Dave Muhly.

Once goals have been set and approaches considered the first step outlined in the workshop was to locate a community to work with. This might involve identifying one that is being impacted most heavily by a wide-ranging issue, one where some level of protest or activity has already taken place in response to it, one with which your organisation already has links or one that simply has people who are willing to work with you.

Once this has been done, the next step is to identify those within the community who already connect others together and/or who are active around the issue or community affairs in general. Initial meetings are held to clarify the information sought and discuss who might be contacted next. They are also used to obtain guidance regarding favoured and appropriate means of approaching people, where people meet, how to best widen out the process, what language/s are used and what activities people enjoy. Ideally, initial meetings will enthuse community members to lead, or at least engage, in the next steps so that the process is run internally from the beginning. Where language translation is required someone who is already trusted must be found, preferably within the community.

Following this, further discussion can be held in informal and culturally appropriate settings such as barbecues and fiestas, via forums and interviews with individuals and groups, or through the gathering of oral histories. If such meeting points do not already exist then facilitators may have to create them.

Discussion enables the make-up of the community to be mapped in terms of who belongs to it, how decisions are made within it and where authority is held. Those who may seek to block community discussion or action should also be identified. Depending on the conditions, issues may be emphasized from the outset or the process may seek to build local connections before turning to problems and responses. Information can be documented via spreadsheets, mind maps or worksheets.

At all stages, community members should be trained, encouraged and enabled to take on the role of mapping so that the process is carried out by the community by itself, for itself. In this way, mapping becomes a way to reinforce community self-identification as well as to facilitate further decision making and action.

Workshop co-facilitator Kaz Uy discussed her experiences of working in the Philippines with the Ocean-Action Resource Centre. The tradition of organisers involved in fieldwork in that country generally involves working and living with rural communities for at least 6 to 12 months. There is often a high level of mistrust to be overcome due to previous negative experiences with ‘development’ agencies and activities.

Community mapping often begins with trusted figures such as church leaders and educators. It has allowed organisations to support “community-centred conservation” by exploring and valuing Indigenous communities’ relationships with their environment and by supporting them to focus upon their strengths. In recognising local knowledge and communities’ position at the frontline of climate change, mapping helped to facilitate the formation of ‘Peoples’ Organisations’ which took action in demanding social change and securing sustainable livelihoods. Networks of such organisations then built capacity to a point where organisers were no longer required.

Workshop co-facilitator Larissa Baldwin discussed her work around fracking in the Northern Territory with the Indigenous youth climate network Seed. Wanting to focus on the people who were being most impacted by climate change the volunteer group decided the key was to talk with their own communities as they understood that First Nations people were aware of the problems but not necessarily the causation. They worked initially on mapping with one community. Having engaged in dialogue with community leaders they then broadened out to discuss the same questions with other members.

Community barbecues were a point of engagement and whilst the process took months, during a period of increasing time pressure due to government decisions, it also built important relationships, initially with individuals and then with the rest of the community. The process was then extended out further via kinship and family lines. Larissa emphasized that mapping was an iterative process which required innovation and modification along the way.

Combining mapping with language drawn from modern land rights campaigns, rather than white academic terminology, Seed members focused on the protection and state of Country as this was a concept already central to Indigenous communities.

The mapping process was successful in facilitating community decision making and action and allowed NT communities to directly approach unions and other potential allies for support as well as demonstrate genuine grassroots opposition to fracking.

Want to get started mapping your community? Download the worksheet and prompting questions. This handout is by Dave Muhly from the Sierra Club and is excerpted from the Change Agency‘s Community Organising Guide.