This article presents the results of the survey which focus on how organisations manage autonomy, flexibility, accountability and absorption in their subgroups.

Accessibility Note: This article contains a number of graphs which may not be read by screen-readers. The content of the graphs is described in the accompanying text. Please contact us if you need the information in a different format. 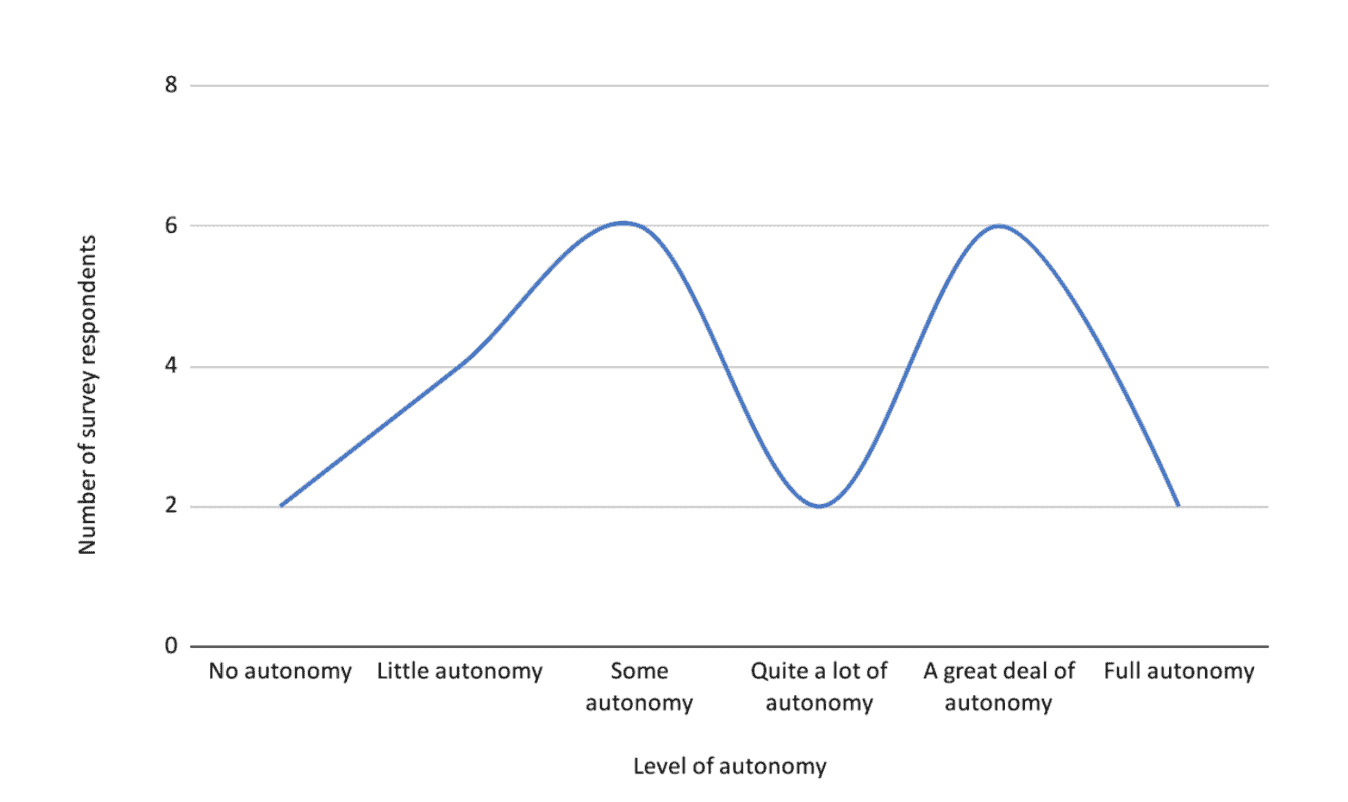 Autonomy was noted by many organisations as one of the successful elements of their organising model. Providing opportunities for activists to act independently, learn, step up and lead, and take control locally was mentioned as a positive by many organisations. Using a relational, snowflake model meant that activists could build relationships and support each other, reducing dependency on organisers. While challenges in this level of autonomy were noted, one organisation found that empowering activists to lead and set direction helped create self-sustaining groups:

Activists hold the key elements and functions of the organising model. This is achieved by decentralising the knowledge basis and skill sets and empowering members and activists to lead and set the direction. While we lost a lot of groups (~80) when we shifted from a regional to national approach the groups that remain are self-sustaining. Creates a regional space – previously staff and regional activist leaders had moments of stepping on each other’s toes. However it remains an ongoing dance with regions having different needs/wants.

Some organisations noted how successful organising models that retain skilled and experienced volunteers (especially volunteer leaders) must allow some degree of autonomy to these individuals.

We need autonomy so that people can exercise their creativity, localise the campaign to their context and take action without having to wait for permission. We do this through encouraging initiative, supporting creativity, and providing training on how to adapt to local contexts. We engage our movement in the strategy development and decision-making on our campaigns – harnessing their ideas, creativity, skills and expertise.

Despite the numerous benefits of autonomy highlighted by survey respondents, others noted that increased autonomy can place significant pressure on their active group members. Greater autonomy brings greater responsibility and often increased administrative or strategic work, which, one survey respondent noted, could lead to burnout.

We worry about activist burnout and are trying to find the right balance of strategic direction and activist empowerment – we enable quite a bit of autonomy in supporting activists to work on campaigns/initiatives that interest them, however when this is too disparate I worry it increases burnout risk. 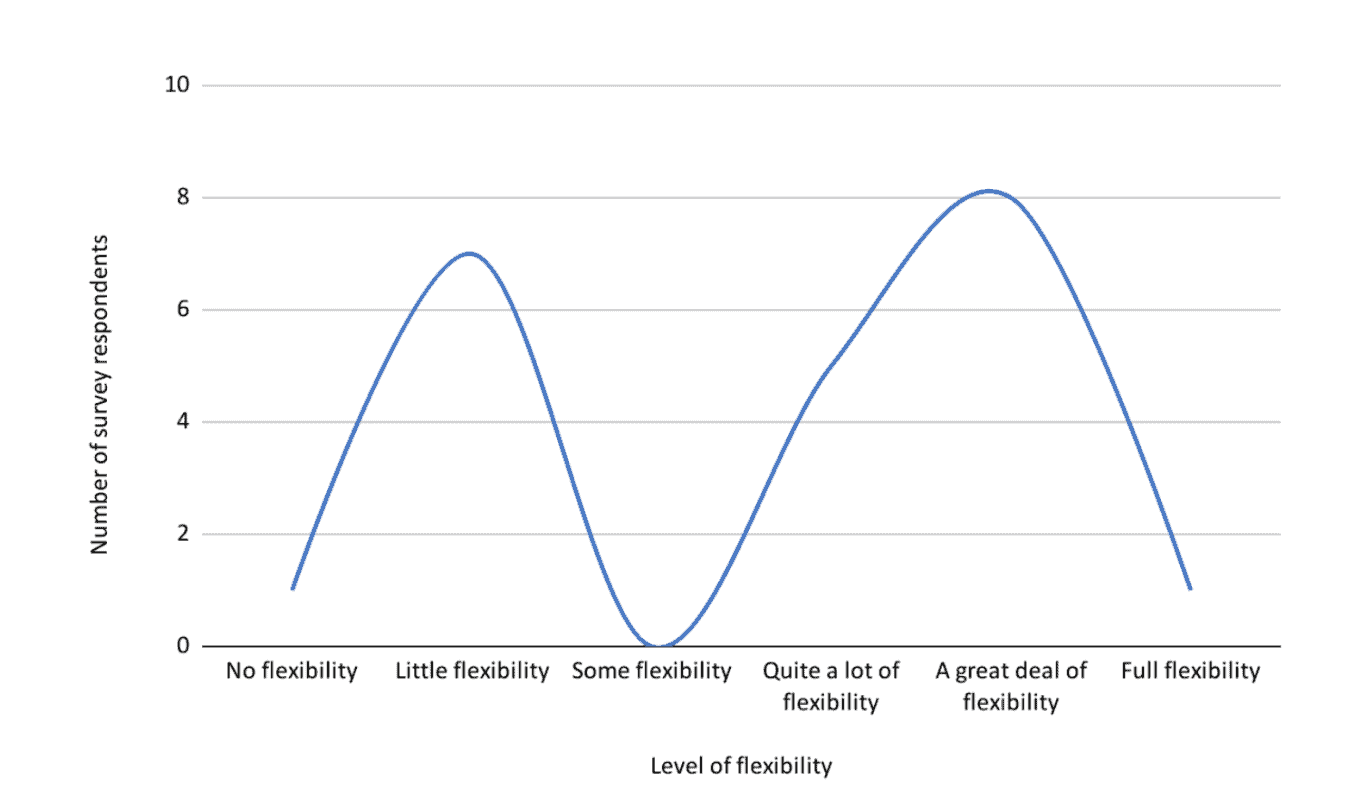 Survey respondents had widely diverging arrangements on flexibility, with seven organisations providing little flexibility for their sub-groups, and nine groups providing either a great deal, or full, flexibility.

Flexibility mattered particularly for younger organisations facing rapid growth or tactical diversity. For example, one group that had formed in 2019 noted that their organising model in the first years were focused on the establishment of local groups, which then by necessity needed to transition to supporting and growing those existing groups by 2022. Two groups also noted that their organising model is inherently flexible. One of these based their support for local groups depending on whether campaigns or tactics were planned for a particular location. Once these were completed, individuals were funnelled into specialist teams rather than supported in local groups. Others noted that the pandemic resulted in stagnation, severely affecting the organisation’s ability to maintain momentum.

Our organising model has fluctuated and shifted because of Covid and the restrictions that come with it. We are also rebuilding our network so are trying new tools and models to see what fits.

The connection between staff and volunteers often determined how much autonomy and flexibility sub-groups were allowed. The majority of organisations who responded to the survey employed paid staff to manage their organising models, ranging from one group with no staff to another organisation with 45 full time equivalent organising and associated roles. Organisations noted the importance of dedicated organising staff in supporting their organising model, including one-on-one support for local leaders and their teams. Staff enabled flexible and timely support for activists while maintaining the strategic direction of the organising activities.

However, across Australia most organisations engage in community organising without dedicated organising staff (or, indeed, any staff at all). While this provides flexibility and independence for the central organising team and the local groups, it can also put substantial pressure on volunteers. The majority of survey respondents had paid staff who were able to support their organising program, however one respondent was entirely dependent on volunteers. They noted the pressure these volunteers face when they are also responsible for undertaking all campaign work and actions within the organisation as well:

We also have the (to my way of thinking) familiar tension between being well organised, clearly structured, and focused on making sure we can attract, integrate and retain new people on the one hand–and ACTION ACTION ACTION on the other.

Another organisation with a high reliance on volunteer organisers noted the mental health impacts that can result from this, noting their experience of ‘core volunteer burnout and overwork; high volunteer turnover; and constant need for retraining’. Survey respondents noted that people were more likely to remain active in their organising programs when they could work on issues that were meaningful to them, related to their own local communities, and where they saw tangible outcomes from their efforts.

In order for people to be happy in their work… They must be fit for it. They must not do too much of it. And they must have a sense of success in it. – John Ruskin

Organisations with staff dedicated to their organising program can experience challenges setting parameters around what sort of support staff are able to offer, and who is eligible for this support. Balancing support needs and staff resources becomes especially difficult when priorities within the organisation change. One organisation noted that a review of their organising model demonstrated that staff were stretched too thin and had excessive responsibilities unable to be met within the resources they had. As a result, they restructured their program to align organisers more closely to specific local groups only, which enabled them to more effectively build local power:

This year we changed the structure and focus of the work of the team to give most organizers just one sector to focus their work in. to allow better focused work to build local structures and build local power.

For many paid staff it can be challenging establishing and maintaining the boundaries between the work that they undertake, and the types of activities volunteer leaders can do. For each organisation this may be different, but research (Gulliver et al., 2022) has shown that where the boundaries are not clear some conflict can arise. Volunteer leaders can be driven by a strong sense of identification with the organisation and with its values and its goals. In some cases this can then result in pushback against strict hierarchies between staff and volunteers and questions around who is more invested and more valuable to the organisation – those who are paid to do the roles, or those who give their time for nothing.

One organisation noted that they were in the process of moving towards a more distributed organising approach, where volunteer leaders were empowered to build relationships with new supporters without depending on the direction of staff organisers. This gave volunteer leaders flexibility in who they built relationships with amongst their volunteer teams, as well as autonomy and flexibility in the activities their teams engaged in.

Some organisations offered flexibility by ensuring sub-groups were able to make choices around tactics, campaigns or activities. One organisation enabled this through scheduling regular meetings with individuals:

We have monthly inductions talking through Theory of Change, Mission, Campaigns then monthly Hub calls where groups choose tactics they want to run as part of campaigns. 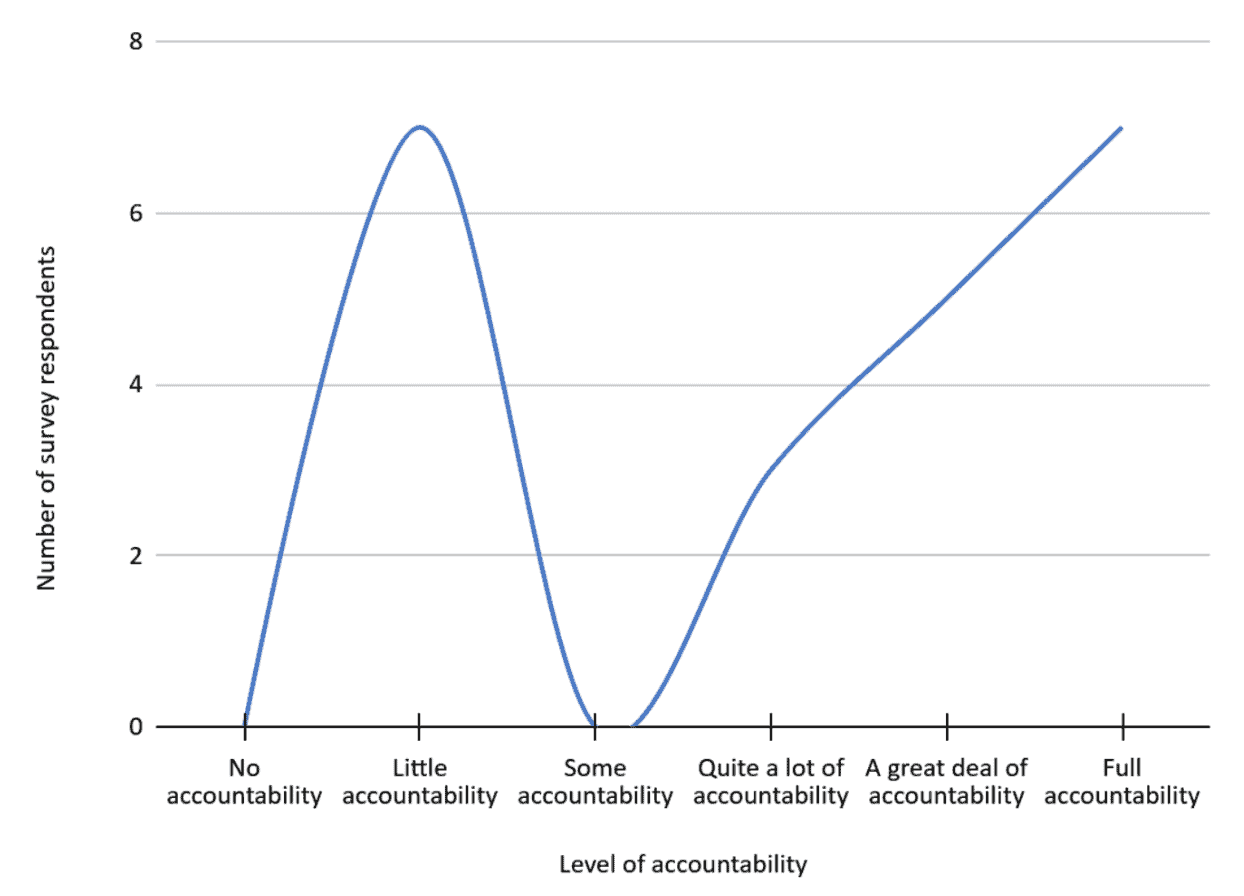 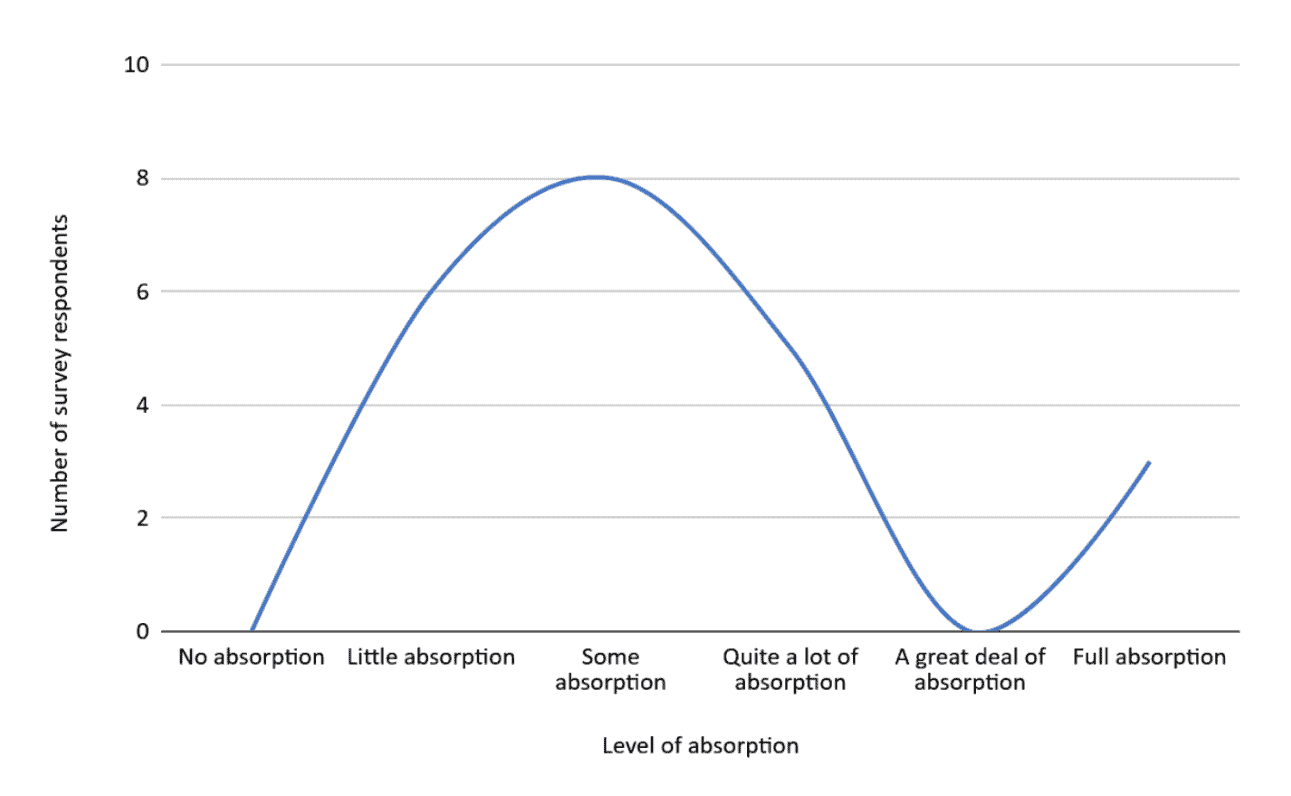 Many survey respondents noted that it remained an ongoing challenge fully incorporating sub-group activities and members into the wider organisational community. Many also noted that recruiting and retaining new active supporters was a high priority for their organising program. Often the challenge in effectively absorbing new members came back to the limited resources available to organisations to fully support their organising. As one organisation stated:

We don’t have enough staff time to put into it and the nature of the organisation means campaigns move quickly and we are so ‘self sufficient’ that we don’t prioritise bringing volunteers along. We do do a good job at getting volunteers into specialised roles however.

Having a front loaded five year strategy allows us to quickly share our plans and help new members and groups take ownership over it. Our regular welcome call practice and focus on absorption allows us to grow after each action.

Organisations can face many different challenges in balancing autonomy, flexibility, accountability and absorption. Many survey respondents offered suggestions for processes which can help with this balance. These ranged from transparency, clearly defined onboarding processes, strong relationships and both formal and informal processes for active group member engagement and consultation. These key suggestions are summarised in the table below.