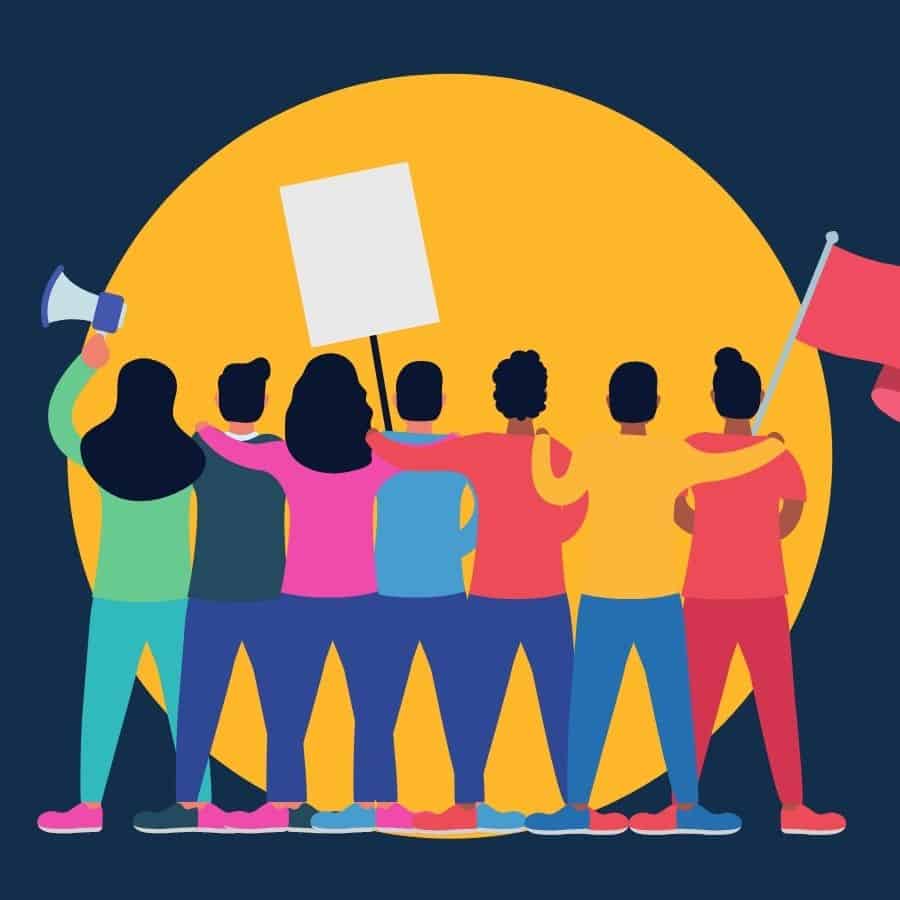 Research has shown that individuals are more likely to become activists if they have certain psychological beliefs. These include feeling a sense of shared identity with other people taking action (‘social identity’), a belief in the likelihood of success of the action or group (‘collective efficacy’) and feelings of negative emotions like anger and injustice. But it remains unclear how environmental groups can best communicate in ways that are able to activate these psychological responses.

Written communication channels such as websites play an important role in motivating new supporters to join groups and take action. It may be important, then, that they use language which conveys a sense of shared identity, efficacy and negative emotions, given the extensive evidence which shows the importance of these factors in mobilization.

How did we measure language?

By combining over 65,000 pages of text from 497 websites we were able to test whether there were any patterns in word use related to these psychological categories by Australian environmental activist groups.

We used a program called Linguistic Inquiry and Word Count (LIWC) to identify what words are used across the websites. LIWC produces an output score for each particular word category which shows the proportion of those words used in each website. This score is then compared against an average score which is found across a large corpus of text from blogs, expressive writing, novels, natural speech, Twitter and newspaper text.

We selected different word categories to align with the psychological classifications of ‘social identity’, ‘negative emotion’ and ‘collective efficacy’.

An example of how these words are used in written communication can be seen in the poster below. The use of words such ‘our forests’ and ‘our future’ provides a sense of unity and shared perspective (‘social identity’) between the reader and the event organiser. Other phrases such as ‘leading the world to climate solutions’ conveys achievement and success (‘collective efficacy’). The word ‘threat’ conveys a negative emotion. What did we find?

Words in the LIWC ‘we’ and ‘afﬁliation’ categories (testing ‘social identity’) were used more often on the websites than mean generated from other communication genres. This means the environmental groups were using more words demonstrating social identity than text found across other genres.

Similarly, words reﬂecting collective efﬁcacy – ‘achievement’ and ‘power’ – were used 33–34% more often than in text across other genres. However, ‘reward’ words were 29% less prevalent across the website than in the average calculated from text across other genres. This means expressions of collective efficacy were significantly more likely to be found on environmental group websites than in text from other communication genres.

We also tested whether groups with a higher income used social identity, collective efficacy or emotional language differently from groups with a lower, or zero income. To do this we used publicly data provided by the Australian Charities and Non-for-profit Commission. We found that groups with a higher income used collective efficacy words more. That is, they were more likely to include words which conveyed success on their websites than lower, or zero income groups.

What does this mean?

Being part of a group

The good news is that environmental groups seem to be using language on their websites that promotes a feeling of social identity.

The inclusion of words such as ‘we’, ‘us’, ‘together’, can make people feel like they can be part of the group. This inclusive language has been shown to be important for influencing whether people choose to take action for social change.

Similarly, the high use of language conveying success is a positive finding.

Supporters are more likely to participate in a group if they think the group is successful.

Showing that the group’s efforts are achieving positive outcomes in some way – by using words such as ‘achieve’, ‘win’, ‘success’ – is important to convey on websites. This is especially important on websites, given that websites and social media pages are likely to be the first place where people learn about different environmental groups and decide whether to join.

Our most interesting finding was the low use of emotional language on environmental group websites. Emotional words such as ‘anger’, ‘hope’, ‘joy’ and ‘hate’ were seldom included in websites. While feeling a strong sense of negative emotion has been shown to be important in motivating people to take action, it may be that communicating this emotion is challenging for environmental groups. Some studies have demonstrated a strong negative stereotype against ‘emotional’ activists. Other research has shown that ‘angry’ messages have led to people feeling less willing to take action.

It may be that emotional language works well in speech, but less well in written form.

We look forward to more studies investigating this phenomenon.

The link to the full article, Assessing the Mobilization Potential of Environmental Advocacy Communication, can be found here (It is behind an academic paywall). The authors are more than happy to share a copy; please contact Robyn on [email protected]

There are a range of guides to help craft mobilizing language and create strong narratives that will resonate with supporters. You can find some in the Commons Library at: