I wanted to read Prisms of the People: Power & Organizing in Twenty-First-Century America by Hahrie Han, Elizabeth McKenna, and Michelle Oyakawa, the way that other normal people wanted to read Sally Rooney’s new book. That is, I knew the authors’ past work and felt confident that their latest output would be to my liking.

Unfortunately, I was wrong.

In this article, I’m going to do my best to identify and summarise the useful ideas from the book, because I’m not being very helpful if I just rant against the book. But then I will discuss some of my critique and frustration with the book because I think there are lessons in that too.

What is a prism?

The authors of Prisms are trying to make a case for adopting a particular approach to effecting change and also exploring how to implement this approach. They feel this approach is unappreciated by funders and mainstream organisations, and also under-utilised. The approach is particularly important for organisations working in a context of uncertainty, and/or working with communities with fewer political resources, like working-class communities or people of colour.

What is this approach? It’s basically a ‘deep’ sort of organising approach whereby:

Organisations that do this become prisms because they “refract” the resources they have into political impact. The book then rehashes some useful ideas that author Hahrie Han had already covered in How Organizations Develop Activists. Beyond that, I think there are three things I took away.

What the book offers

The book has some useful reflections around ideas of:

I discuss these below.

The first concept I took from the book is what I think of as ‘stone vs. lever’.

The authors argue that some organisations with many resources, such as funds or petition signatures, nonetheless fail because they don’t use those resources in a strategic way. Prisms suggests that the case studies in the book have a sort of strategic insight or creativity that means they can use their limited resources better: “It is muscles versus brains.” (p 76) As I think of it, if you are trying to move something heavy, you can apply more force (bigger stone) or can you use your force in a more powerful way (longer lever). 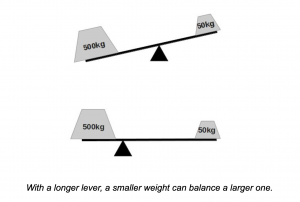 ‘Leverage’ is a useful way of thinking about creating impact because it suggests you can have a lot of impact with fewer resources if you can think of cunning ways to use them. Perhaps a good Australian example of this is the Student Strike 4 Climate, which has identified their narrative strength/moral authority and been able to turn this into power.

In contrast, abundant resources may mean having a large email list that can lead to many signatures on a petition, but without a decent ‘lever’ it may not be translated into actual outcomes.

On the other hand, I feel like it’s possible to get carried away with this idea. Coming up with longer and better levers is one way to avoid reckoning with the fact that, actually, you don’t have much power in the first place. So the stone also matters! Ideally you place a heavy stone on a long lever. And this is one area where the book is sort of confused: they say that too much emphasis is placed on resources, but really they mean that too much emphasis is placed on the wrong resources. The author’s still emphasise the value of a committed group of people willing to take sustained action, which I would consider a resource. So they aren’t incorrect, but I think they could have been clearer about what they are actually critiquing.

The authors also talk about ‘enforcement capacity’, not necessarily using that term in this book, although I think I’ve come across it in their other work.

It’s the idea of having an independent source of power so that if and when a decision-maker says no, you can actually respond. The capacity means you don’t just cross your fingers and hope that the government does what you want.

The organisations in the book have this capacity because they have a base that, regardless of size, is deeply committed. They can turn this base out again and again, and this means that decision-makers can’t just fob them off. This capability, which the authors refer to as “recurrence”  largely seems to come from the relational organising work described above — people are in it for the long haul. (p 98)

An example of lacking enforcement capacity is the many Australian groups who adopt the strategy of trying to get the ALP to shift its platform and then hope that the ALP gets elected. This seems a poor strategy, least of all because of the ALP’s tendency to (a) not have good policy and (b) not get elected. Perhaps a real test of independent power is the ability to get outcomes out of even an unsupportive government.

Another thing the book emphasises is the value of reflection. All the organisations in the study, the authors write, had “collective meetings after major moments in a campaign in order to reflect on what had happened, what they had learned, and what that meant for their work going forward.” (p. 122) They argue this is what enables strategic creativity.

I’m not convinced that reflection always enables strategic creativity, but it is very valuable! I’d certainly encourage any organisation to have collective meetings like they describe. They also discuss self-reflection and “intentional introspection”, and another great option is coaching. I am a big believer in reflective practice and I appreciate that the book highlights this aspect of campaigning. It is a great way for people to develop their own insights, and also to build stronger relational connections.

Where it is lacking

No book can do everything and I don’t think it’s a flaw for a book to have modest goals. However, this book does the reader a disservice by giving counsel that is much more specific and contextual than is acknowledged.

It ignores other sources of power

I agree with the authors that there is power in having an independent, committed, flexible constituency. However, I think they fail to acknowledge that this is just one sort of power, just one way to create change. It’s OK for them to have a focused argument, but they leave their audience less well-equipped due to their failure to acknowledge other ways to have political impact.

To illustrate, sociologist Dennis H. Wrong has a great book on power, called, aptly, Power. In the book he catalogues eight types of power, including:

Some groups might have one of these sorts of power but not the grassroots power that Prisms describes; some groups might have that power and also other sorts of power. But, as a big believer in an ecosystem of social change, I want to see more awareness of the different ways groups can play complementary roles in effecting change, not just a one-eyed boosterism for a single approach, even if it is neglected.

This doesn’t necessarily mean the authors’ conclusions are false, but it does mean I am less confident in them on the basis of the evidence given. For example, it’s quite plausible to me that organisations could have reflective practices and aim to build strategic autonomy in an affected community and yet not have much power.

My final criticism is that this book is not necessarily relevant or applicable in Australia.

This isn’t really a criticism of the book or its authors — I doubt that the land down under featured on their minds when writing. It’s more a caveat to keep in mind when reading.

I accept that people are broadly people wherever you go, but we can’t ignore that society and culture tend to be different. Maybe the fact that residents of the USA speak the same language as us distracts us from the reality that our countries are quite different.

On this basis, I don’t necessarily dispute any particular conclusion, but I do urge some general caution. Australia and the US have such different histories and cultures of activism and political participation, and of race and class. We should try things that have worked for others, but we should be reflective on this and be open to the possibility that it won’t work the same in Australia.

We all know about the infamous meeting that should have been an email, and in Prisms of the People we meet the book that should have been a blog post. What this book does have to say, it takes too long to say with too little clarity. It focuses on one of many valid approaches to creating social change, in one particular cultural and political context. I encourage readers to engage critically with these ideas, seek out other sources for the full range of approaches available, and pick what fits your goals and context.