Deep canvass conversations can shift hearts and minds and votes around divisive issues. Caitlin Homrich-Knieling, Deep Canvass Coordinator at We the People Michigan in the United States, presented at FWD+Organise 2021. She shared her story about the success of a deep canvassing approach to rights for undocumented migrants and Medicare for All in Michigan.

The project ran in 2019 in rural Michigan in the US and talked to voters around universal health care and included undocumented immigrants in universal healthcare. The project partnered with other states and state organisations and together they set out to prove that the tactic of deep canvassing – eliciting voter stories around issues, with compassionate curiosity, and sharing our own stories – would move voters to support this policy and immigrants in general. Read more about the project in the report – Building a Bigger We: Changing Hearts and Minds on Immigration in Rural and Small Town America, Peoples Actions Institute, 2020.

In this article based on Caitlin’s talk and workshop learn about how her project came up with and developed the script they used when talking to people and about a useful tool called the Cone of Curiosity.

What is Deep Canvassing?

Deep canvassing is about working to create mutual understanding grounded in lived experience, instead of in debate or talking points. When we take this approach, people’s experience leads them away from prejudice, stigma, or fear, and towards empathy and a willingness to consider progressive solutions. – The New Conversation Initiative

Caitlin explained how they came up with the script for the canvass about minimum wage and undocumented immigrants.

Start with the idea

Firstly, they figured out what issue they were going to focus on.

Deep canvassing works better with single issues otherwise it can seem like a survey and then people won’t go as deep and share their stories. – Caitlin Homrich-Knieling

Caitlin talked about minimum wage and undocumented immigrants with friends and family and then wrote down what felt good and what felt bad. What words worked and what words didn’t. This formed the basis for a script.

We spent four months just trying out scripts with volunteers. A couple of times a week. We debriefed how it went, and modified it. This is called iteration – Caitlin Homrich-Knieling

Lessons learned were to involve volunteers from the start and give them agency. This also helped with volunteer retention.

Volunteers canvassed two hours a week and debriefed with other volunteers after each shift over Zoom. They figured out what worked and what didn’t and tested it over four months.

Deep canvassing is a really powerful tool. It can be wielded specifically to shift hearts and minds even on the most controversial of topics. This is even when politicians and disinformation campaigns are promoting racist or homophobic rhetoric that centres around people’s deepest fears and shame. It inoculates people against that rhetoric. – Caitlin Homrich-Knieling

“That first conversation I actually had, I was with two volunteers who had never done this before. The voter’s name was Ned. He lived in a trailer park, and he was very supportive of raising the minimum wage. A 10 out of 10. However he was vehemently opposed to it if it included undocumented immigrants.

We asked if his life had ever been impacted by the minimum wage, if raising it would have ever made his life better, and then he had an epiphany. He did know an immigrant! His dad was an undocumented immigrant!

We learnt from the conversation that followed that our question about undocumented immigration had actually surfaced a lot of shame that Ned holds in his life. He told us about how his dad worked so hard as a child and as a young adult, to give Ned and his family a good life, and Ned had felt like he had squandered that opportunity by later becoming addicted to drugs, becoming homeless, now living in a trailer park. But, in recovery.

So, he felt like he had wasted his dad’s lifetime of work. Him sharing such an intensely personal and vulnerable story blew us away. I was in tears. We tried to acknowledge that life can be hard, with him, we asked how long he had been sober for, we congratulated him.

Then, we took a leap of faith. We said immigrants are just trying to do what is best for their families and are faced with tough decisions too. A lot like your dad, had a lot like you. After having had a chance to process his own story and his own emotions, he could listen to that perspective with new clarity.

When we revisited this question – how do you feel about raising the minimum wage and including undocumented immigrants in that benefit? – He was a 10 out of 10.

So, the first conversation blew us away!”

Listen to Caitlin talk about her first conversation (listen from 16:52mins)

What you can try if a Conversation isn’t going well

Both are good places to dig – the experience of struggle or the solution. – Caitlin Homrich-Knieling

A scale of 1 – 10 was used at the beginning and end of conversations to gauge how people felt about an issue and measure if there was a shift. The project used the Cone of Curiosity – a useful structure for getting to the emotional core of a person’s conflict, the moment of justice and injustice.

Ask questions that elicit a story. Sometimes you only have 6 seconds before someone closes the door or hangs up on you. You need to get directly to the point. Jump in and smile, whether at the door or even on the phone as the person you are talking to can feel your smile.

How did that feel?

The ‘How did that feel?’ question hits the moment of injustice, the emotional core. Don’t assume how they felt.

That’s when the person feels a sense of justice and injustice.

About the Speaker and Conference

Caitlin (she/her) is the Deep Canvass Coordinator with We The People based in Detroit. Organizing found her while she was doing her MA in Anthropology at UMass Amherst in 2014-2016. She is originally from the rural, working-class “Thumb” of Michigan, and she roots her motivation to fight for multiracial liberation in the lives of her loved ones there. Her vocation is using the practices of curiosity, storytelling, honesty, and love to build bridges with people of different life experiences and perspectives and training others to do the same. She is a new mama and devotes her spare time to Catholic prayer practices, giving astrology readings, renovating her home in Detroit, and visiting her family. Learning How to Listen, Podcast – To See Each Other – Episode 2

“Our first stop is Michigan, where deep listening animates the immigration work of Michigan United, a People’s Action affiliate. George visits with Ryan Bates, director of Michigan United, and Caitlin Homrich-Kneilen, a native of The Thumb, and the leader of Michigan United’s Hometown Voices program. Caitlin organizes volunteers and staff to go door to door, meeting constituents — many of them older and white — where they’re at, and fostering conversations with radical empathy. Just as Caitlin herself has discovered, deep listening helps us rediscover the dignity of everyone’s experience, and helps us rediscover ourselves, as well. Can we use old social change strategies like one to one relationships to make electoral politics different?” – Source: People’s Action Insitute

Changemaker Chat with Adam Barbanel-Fried: Deep Canvassing during the US 2020 Election

“Can we use old social change strategies like one to one relationships to make electoral politics different? Adam Barbanel-Fried and his organisationChanging the Conversation Together did exactly this in the 2020 US Election. As a long time community organiser he used Deep Canvassing – door to door conversations that could help voters interpret the election through the eyes of those who they love. The strategy proved to be a powerful antidote to Trump’s Presidency. Adam shares his journey that led to his embrace of this work, how Deep Canvassing works in practice and what it might mean to changing politics more broadly.” – Source: Changemakers

A video course by the Resistance School about listening partnerships and deep canvassing.

Training run by People’s Action and the New Conversation Initiative. 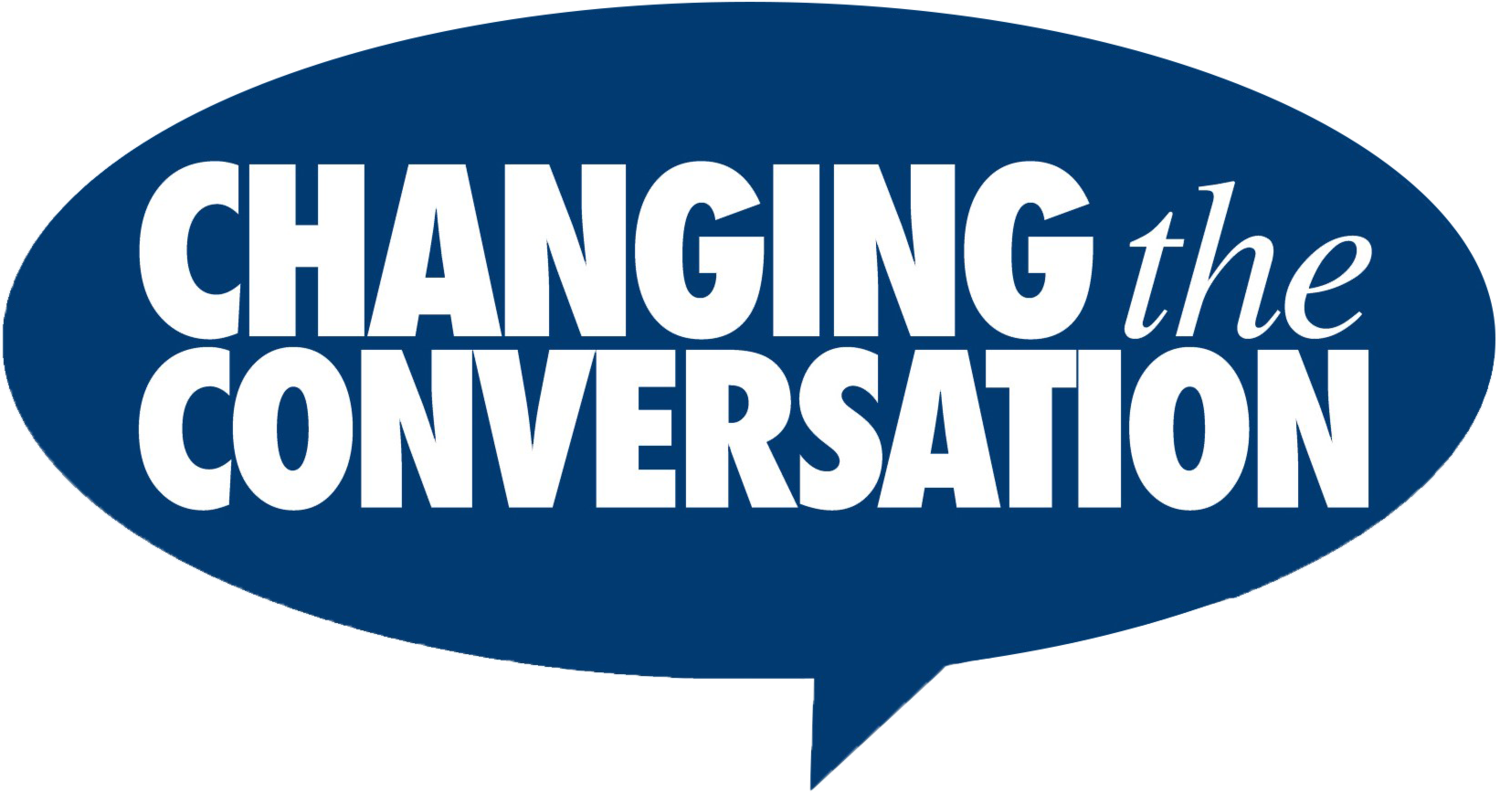 Changing the Conversation – About Deep Canvassing – Videos and articles