Since the late 1960’s, companies have been cutting down trees in the virgin forests of Malaysia, most notably in the state of Sarawak.  Environmentalists all over the world were concerned about the effects of deforestation on the native Penan people and the effects of logging on the rich biodiversity of the rainforests.  In particular, environmentalists in neighboring Australia wished to raise awareness about the issue and provide aid to the Penan people.  These environmentalists formed the Rainforest Action Groups (RAG), one in each of three Australian cities, Sydney, Melbourne, and Brisbane (and later, in Hunter Valley).  The groups attempted to use nonviolent methods to halt the import of Southeast Asian rainforest timber into Australia.

RAG began training and educating new group members in the late 1980’s and decided to begin blockading rainforest timber ships in 1988.  However, wide media coverage of RAG activities did not begin until around 1990.  On 19 February 1990, all three RAG groups met in Darling Harbour in Sydney to form a blockade against the Mayfair, a ship carrying rainforest timber from Southeast Asia.  At 5:30 AM, 25 activists in kayaks and rubber dinghies paddled out to form a barrier between the Mayfair and the dock.  Police towed some activists away and warned others, but most stayed where they were, even with the threat of the large ship crushing them against the dock.

The tugboats stopped pushing when seven activists were trapped between the ship and the dock, with dockworkers unable to tie the boat up.   Waterfront unions decided not to tie up or unload the ship while the lives of activists were in danger, despite the fact that with each passing minute, the shipment cost increased, thus increasing the retail price of the rainforest timber.   Police detained five of the remaining seven activists and used police divers to remove the final two.  Sydney RAG members then began an on-water vigil to protest the presence of the ship.

On 23 February, the Mayfair traveled up the Yarra River into Melbourne, where Melbourne RAG met the ship with another blockade.   Four activists held hands in front of the ship, which broke through and forced activists down the sides of the ship with its incredible speed.  Activists swam safely out of the way, but returned the next day to use unloaded rainforest timber from the Mayfair to form the message “Don’t Buy This Wood” on the wharf.  Police arrested sixteen activists.

Early morning on 9 April, Melbourne RAG formed another blockade, this time for the rainforest timber ship Fittonia.  Over 100 people attended and 55 went into the water.  Activists prepared a five-meter diameter inflatable Earth to place in the path of the ship symbolizing capitalist endeavors colliding with the Earth.  The ship collided with the inflatable Earth head-on.  Activists retrieved the Earth and carried it to Timbersales, Melbourne’s largest rainforest timber importer, where protesters shared a moment of silence for logged forests.

During the course of these demonstrations, RAG won support from the Building Workers’ Industrial Union, three of the largest plywood manufacturers in the state of Victoria, the Transport Workers’ Union, and various other merchants who agreed to ban the use of rainforest timber.  The Waterside Workers Federation showed its support when it banned the rainforest timber ship, the Morning Star, which was stranded in Port Philip bay for two days as a result. RAG blockaded the Morning Star as it traveled up the Yarra River on 1 May.  40 people were present, of whom 22 went in the water.   Police also became sympathetic to RAG’s cause and arrested no one.

On 15 June, Bruno Manser, a Swiss artist who lived with the Penan people for six years, addressed a group of 250 activists and members of the media in Melbourne.  Following his speech, over 200 Melbourne RAG members nonviolently occupied the Timbersales yard.  Demonstrators wore white ‘life-support’ suits to symbolize life without rainforests, sang rainforest songs, and wove a ‘web of life’ using colored ribbon.  Police arrested 67 people and charged them with trespassing.  Later that evening, 500 people met and listened to Bruno Manser’s stories of the Penan and his cry for the end of deforestation.

Following these blockades, Melbourne RAG was able to convince the Transport Workers’ Union to respect a Save the Rainforest picket placed at the dock entrance.  As long as people stood on the picket line, unionists would not cart rainforest timber from the wharf.  After six months of careful planning, the first picket took place at 7:30 AM on 16 November at Victoria Dock.  50 activists, including several students, waited for timber trucks that never came.  Steel-collecting trucks and other vehicles passed through, but not a single timber truck passed through during the three-day picket.  Dr. Kavitha Arunachalam, who was investigating nonviolent action in Australia, also participated in the picket.

In June 1991 through August 1991, some members of RAG traveled to Sarawak to join the Penan people and other activists in forming blockades to obstruct logging roads.  Malaysian authorities arrested one RAG member and more than 50 Penan men, women, and children.  In Australia on 17 August, the Sydney RAG organized a rally to support the Penan.  Demonstrators met at the town hall and marched to Circular Quay, chanting, “Save Chaelundi; save Sarawak; stop the logging now.”  Participants collected donations to help the Penan people.

On 22 August, Sydney RAG blockaded the Malaysian Consulate, while the Brisbane and Melbourne RAGs hosted rallies of support.  Police arrested nine of the 40 Sydney participants.  Also on that day, the Australian parliament prepared to vote on Democrat Senator John Coulter’s Custom (Rainforest Timber) Amendment Bill, which would restrict the importation of rainforest timber and wood from trees felled in areas where the inhabitants did not approve of the practice.  The bill also outlined feasible alternatives to rainforest timbers.  The bill was defeated by a  vote of 50-8.

Protesters continued organizing blockades and protests.  In May 1992, Sydney RAG members rallied once more outside of the Malaysian embassy, building a small bamboo barricade symbolic of those used by protesters in Borneo against logging trucks.  Demonstrators presented the Malaysian consulate with a letter of protest.  In August of that year, RAG blockaded yet another rainforest timber ship.  The last rainforest timber ship blockade reported by Green Left Weekly occurred on 1 April 1993.

Prior to these RAG demonstrations, Australia imported approximately 220,000 cubic metres of timber each year, with 70% of that timber from Malaysia.  Melbourne RAG studied figures from the Australian Bureau of Resource Management and found that in 1992, Australia imported the lowest level of Malaysian timber since 1954-55.  Australian consumers were seeking alternatives to rainforest timber and the market reflected their preferences.  However, the Australian government has still not passed any substantial legislation to outlaw the import of rainforest timber.  RAG activity ceased in 1994, and the group seems to have either disbanded or merged with the San Francisco based Rainforest Action Network. 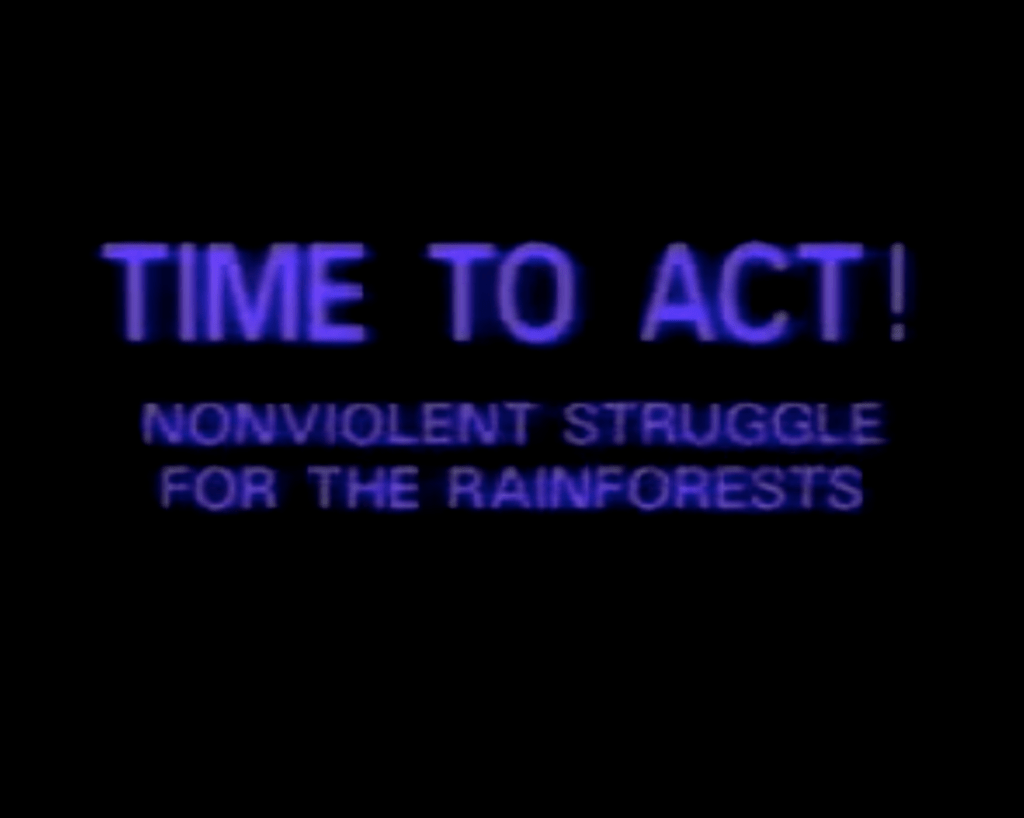