Telling your own story is powerful! This article includes excerpts from papers related to Aboriginal memoir, links to four memoirs by Aboriginal Australians, and where to find more.

The Power of Memoir

Aboriginal memoir emerged to prompt social action by recounting experiences of discrimination and exploitation erased by official history and by challenging the imposed racist stereotypes used to marginalize Aboriginal claims. These memoirs prompted sympathy and understanding among a broad readership, which enabled the formation of a political solidarity over the recognition of Aboriginal land rights. Helen Fordham

In the following two papers Helen Fordham, University of Western Australia academic, looks at the origins of Aboriginal memoir as social activism and the role memoirs can play in disrupting dominant narratives.

Abstract: During the 1980s Aboriginal Australians experienced setbacks in their quest for the restoration of their land rights. Neoliberal politics reframed such demands as special interests seeking to gain a material advantage at the expense of the general community and as a threat to the economic security of the nation. As a consequence, politicians failed to pass legislation that would formalize the national land rights system that would guarantee Aboriginal economic self-sufficiency. This paper argues that it was in this context that Aboriginal memoir emerged to prompt social action by recounting experiences of discrimination and exploitation erased by official history and by challenging the imposed racist stereotypes used to marginalize Aboriginal claims. These memoirs prompted sympathy and understanding among a broad readership, which enabled the formation of a political solidarity over the recognition of Aboriginal land rights. These memoirs also expressed a commonality of Aboriginal experience that served to unite an increasingly frayed Aboriginal activist movement eroded by neoliberal policies.

The power of the personal: situating Aboriginal memoir in the Indigenous public sphere and as a mode of public intellectual intervention, Helen Fordham, Media International Australia, Vol. 168, Issue 1, 2018

Abstract: Memoir is not routinely considered a part of media practice. However, as a literary form produced for reading publics that express cultural identities, it can be considered a part of the Indigenous public sphere, which has been theorised as a counter-public of resistance and a site of cultural renegotiation of ideas about Indigeneity. Through an analysis of a selection of Indigenous memoir published during the 1980s, it is argued that these texts operated as a version of Edward Said’s public intellectualism by exposing the oppression of the inherited and unexamined binaries and regimes of truth that produce and perpetuate the conditions of inequality and injustice. As the authors recalled lives of suffering, their memories provided alternative narratives that challenged the silences of Australia’s official history, which sustained racist attitudes and identities and cast the Indigenous Public Sphere as a site of contested historiography.

As the authors recalled lives of suffering, their memories provided alternative narratives that challenged the silences of Australia’s official history…Helen Fordham 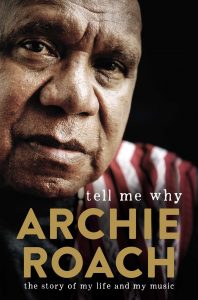 Archie Roach: Tell me why – The story of my life and my music

In this intimate, moving and often shocking memoir, Archie’s story is an extraordinary odyssey through love and heartbreak, family and community, survival and renewal – and the healing power of music. Overcoming enormous odds to find his story and his people, Archie voices the joy, pain and hope he found on his path through song to become the legendary singer-songwriter and storyteller that he is today – beloved by fans worldwide. 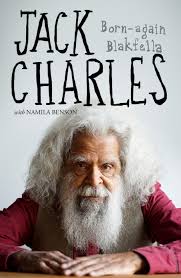 Stolen from his mother and placed into institutional care when he was only a few months old, Uncle Jack was raised under the government’s White Australia Policy. The loneliness and isolation he experienced during those years had a devastating impact on him that endured long after he reconnected with his Aboriginal roots and discovered his stolen identity. In this honest and no-holds-barred memoir, Uncle Jack reveals the ‘ups and downs of this crazy, drugged up, locked up, fucked up, and at times unbelievable, life’. 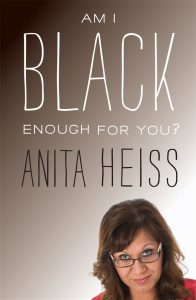 Anita Heiss: Am I Black enough for you?

Am I Black Enough For You? is a memoir based on my identity as an urban Aboriginal woman, tracing my life growing up in the 70s right through to becoming a full-time writer, advocate for other Aboriginal writers and an Ambassador for Indigenous literacy. I hope that by unravelling my own forty-plus years of life as an Aboriginal person, that the reading public come to appreciate without criticism or concern, the diversity and complexity of Aboriginal identity in the twenty-first century, and that the power of self-identity and representation is a right we should all enjoy. Watch Paul Kelly’s song about Charles Perkins including footage from his family life, the Freedom Ride and other activism.

Charles Perkins was a civil rights activist who dedicated his life to achieving justice for Aboriginal and Torres Strait Islander people. In 1965, as a student at the University of Sydney, Dr Perkins organised a student bus tour around New South Wales to draw attention to the state of Indigenous health, education and housing, and to try and stimulate local action. The Freedom Ride highlighted the state of race relations in Australia and is recognised as one of Australia’s most significant civil rights events. His achievements included appointments as secretary of the Department of Aboriginal Affairs and chairman of the Aboriginal Development Commission and Aboriginal Hostels. Dr Perkins was a fearless spokesman and renowned activist involved in Aboriginal organisations wherever he lived. – Charles Perkins Centre