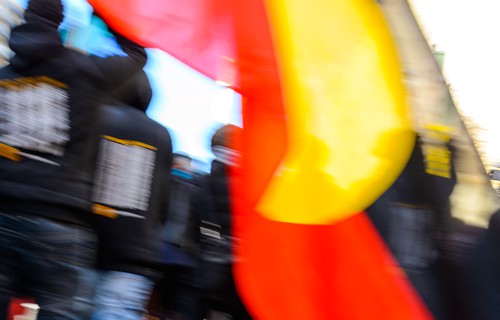 A guide to the First Nations Resources topic in the Commons Social Change Library.

The Commons Social Change Library would like to acknowledge the Traditional Custodians of country throughout Australia and their connections to land, sea, and community. We pay our respect to Elders past and present and extend that respect to all Aboriginal and Torres Strait Islander peoples today. We acknowledge that sovereignty was never ceded.

The Commons Library staff reside on the land of the Wurundjeri people of the Kulin Nation (Victoria Australia), while the author hails from Wadjuk Noongar country in Boorloo (Perth, Western Australia). Refer to AIATSIS: Map of Indigenous Australia to discover the country in which you reside.

The Commons Social Change Library has a commitment to justice for Indigenous people, understanding of history, and knowledge of present struggles.

Welcome to the First Nations Resources topic in the Commons Social Change Library. This article guides you through a wide range of materials designed to inform and educate people engaged in social change on topics important to First Nations people. Many of the resources in this topic are particularly for Aboriginal and Torres Strait Islander campaigners. These and other resources will also be beneficial to people acting in solidarity.

Although this First Nations topic mostly has an Australian focus, we would like to acknowledge the importance of Indigenous struggles for sovereignty, self-determination and justice all around the world. International struggles for First Nations justice often reflect, support, and inform First Nations movements and issues here in Australia and elsewhere in the colonised world.

To explore the topic follow the suggested links below. Alternatively, visit the full First Nations Resources topic. You can also narrow down the results according to your interests by using the ‘Refine by Format’; ‘Refine by Topic’ (for crossovers with other topics eg Organising); ‘Refine by Author’; and ‘Refine by Collection’ functions.

Here are a number of case studies of current and historical First Nations campaigns from Australia and overseas.

The Mirarr people have fought to protect our country and people from uranium mining for many years. Now we are defending our country against the proposed Jabiluka uranium mine. We invite you to come to our country to join our struggle to uphold the cultural and environmental values of Kakadu – Mirarr Clan, March 1998, quoted in The Jabiluka Blockade – 22 Years On Self-determination is a key principle that asserts the right of First Nations people to determine and pursue their own interests. Disability activists have popularised the term ‘nothing about us without us’ (as explained by Carly Findlay in Centre the voices of people with disability) which is relevant for all people with lived experience of oppression. This means it’s crucial to listen to First Nations perspectives directly and follow their leadership. The following resources provide an opportunity to do that. We also encourage you to pay attention to the Traditional Owners and First Nations led organisations where you live and work.

Aboriginal people have lived here for more than 40,000 years and cared for this country, but now its being turned into a sick and evil place. Myself, and others around this country, were born to be peacemakers. We mustn’t be frightened to educate others and fight, but not in a warlike way, to protect the earth and let everything run free. I don’t want to shoot or bomb the people from BHP and the others who are destroying this country because two wrongs don’t make a right. I think if I can help them to wake up to what they are doing then that will be punishment enough. – Kevin Buzzacott; an excerpt from the book How to Make Trouble and Influence People by Iain McIntyre.

These resources include First Nations speakers, films and articles among many other perspectives.

The following articles and training materials have been developed by Original Power to support collective action by Aboriginal and Torres Strait Islander peoples. Each resource is an excerpt from their Building Power: A Guide for Aboriginal and Torres Strait Islanders Who Want to Change the World. Find out more about Original Power in this Introductory Presentation and visit the website.

Campaigning and resistance by Indigenous communities has taken many forms and for many peoples began with defying the act of colonisation itself. From everyday acts of resistance like speaking original languages and practicing culture to collectively organised walk offs, strikes and marches, our people have been effectively agitating. – Karrina Nolan, an excerpt from the Campaigning to Solve Our Issues process guide.

Acting in Solidarity with First Nations

Strong movements are made up of diverse participants, and are particularly powerful when people directly impacted lead the way and other people leverage their privilege in support. Non-Indigenous people who are seeking to act in solidarity are encouraged to listen to the First Nations voices elsewhere in this guide, as well as the following resources that are particularly related to allies.

This is a book about a difficult topic that is rarely discussed in contemporary Australia. It addresses situations and ideas that few non-Aboriginal Australians who say they are supporters of Aboriginal peoples’ quest for justice ever really consider. And yet these issues are major problems for those who seek a role as empathetic and constructive allies for the Aboriginal cause… I strongly recommend this as a book that assists in developing a better understanding among all who might work in association with Indigenous peoples. – Dr Gary Foley on Decolonizing Solidarity by Clare Land.

I expect us to aspire towards excellence, and towards what many Indigenous professionals inherently understand as best practice: nothing about us without us. – Luke Pearson via The Guardian; Founder of IndigenousX.

Thanks to Georgia Almond, Commons Library volunteer, for putting together this comprehensive guide. If you have additional materials that should be included in this topic please contact the Commons Librarians.