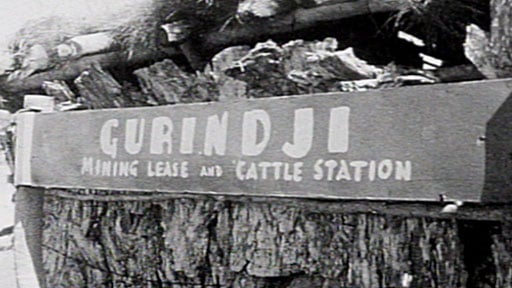 On August 23rd, 1966, the workers of the Wave Hill Station in Northern Territory, Australia, participated in a walk off led by Vincent Lingiari. The workers felt oppressed by the low wages, poor working and living conditions they received at the Wave Hill Station. The Indigenous people known to be part of the Gurindji Tribe were pastoral workers situated at Vesteys’ Wave Hill station. The Vestey family was a rich British family that owned many acres of land and companies in Australia.

Throughout the next year, Lingiari and his followers decided to leave Wave Hill completely and settled in Wattie Creek, also known as Daguragu. This place was sacred to the Gurindji Tribe and is a piece of land that was originally discovered by their ancestors. The Vestey family owned this piece of land, making it illegal for the Gurindji people to camp on this land. As a result, the Gurindji engaged in civil disobedience by refusing to leave. Returning to this sacred and traditional land encouraged the Aboriginal people to demand ownership of 500 square miles of land.

On April 19th, 1967, Frank Hardy transcribed and sent a petition to Governor-General, Lord Casey, of Australia. Frank Hardy wrote on behalf of: Vincent Lingiari, Pincher Manguari, Gerry Ngalgardji, Long-John Kitgnaari, and the rest of the Gurindji tribe. In August the Federal Council for the Advancement of Aborigines and Torres Strait Islanders (FCAATSI) wrote to Prime Minister Harold Holt in favor of the Gurindji petition. The Governor-General, using the current Australian land ownership laws as justification, rejected the petition.

From 1968 onwards, the Gurindji Strike gained many supporters such as church leaders, students, anthropologists, select cabinet members and many organizations in favor of Indigenous rights. The strike became well known throughout Australia through the use of protests, marches, public meetings, written academic journals and the newspaper reports. Gurindji leader Mick Rangiari travelled around Australia voicing the campaign at public meeting. Vincent Lingiari collaborated and wrote a song to raise awareness and money to support the campaign. The FCAATSI wrote a petition to recognize Indigenous land claims, which ended up getting over 100,000 signatures.

During this time the Gurindji Tribe made use of and lived off the Wattie Creek land, demonstrating to the public that they were fully capable of sustaining the land.

On January 26th, 1972 (Australia Day), four Indigenous men set a beach umbrella with a sign saying “Aboriginal Embassy”, outside Parliament House. This action sent the message out to the public that the Aboriginal people were landless, that their embassy was set under an umbrella. This action portrayed poverty, temporariness and attracted 2000 supporters. The Government reacted by ordering police to violently dismantle the tents. The media illuminated the violence, which led to public outrage against the Government.

Later in the year a change in governance occurred and Edward Whitlam, leader of the Labor Party, came into power. Prime Minister Whitlam granted funds to the Gurindji people for the purchase of properties and the Vestey family relinquished a portion of their land. By 1975, the Gurindji people signed a leased 3300 square kilometers of land. Whitlam visited Wattie Creek and handed soil to Vincent Lingiari, a symbolic action to represent the transfer of leasehold.

A year later the Whitlam Government passed the “Aboriginal Land Rights (Northern Territory) Act 1976”. This law allowed Indigenous people to claim land with proof that they hold a traditional and spiritual connection with.

What had initially begun as a nonviolent action in favor of workers’ rights quickly transformed into a campaign fighting for land rights.