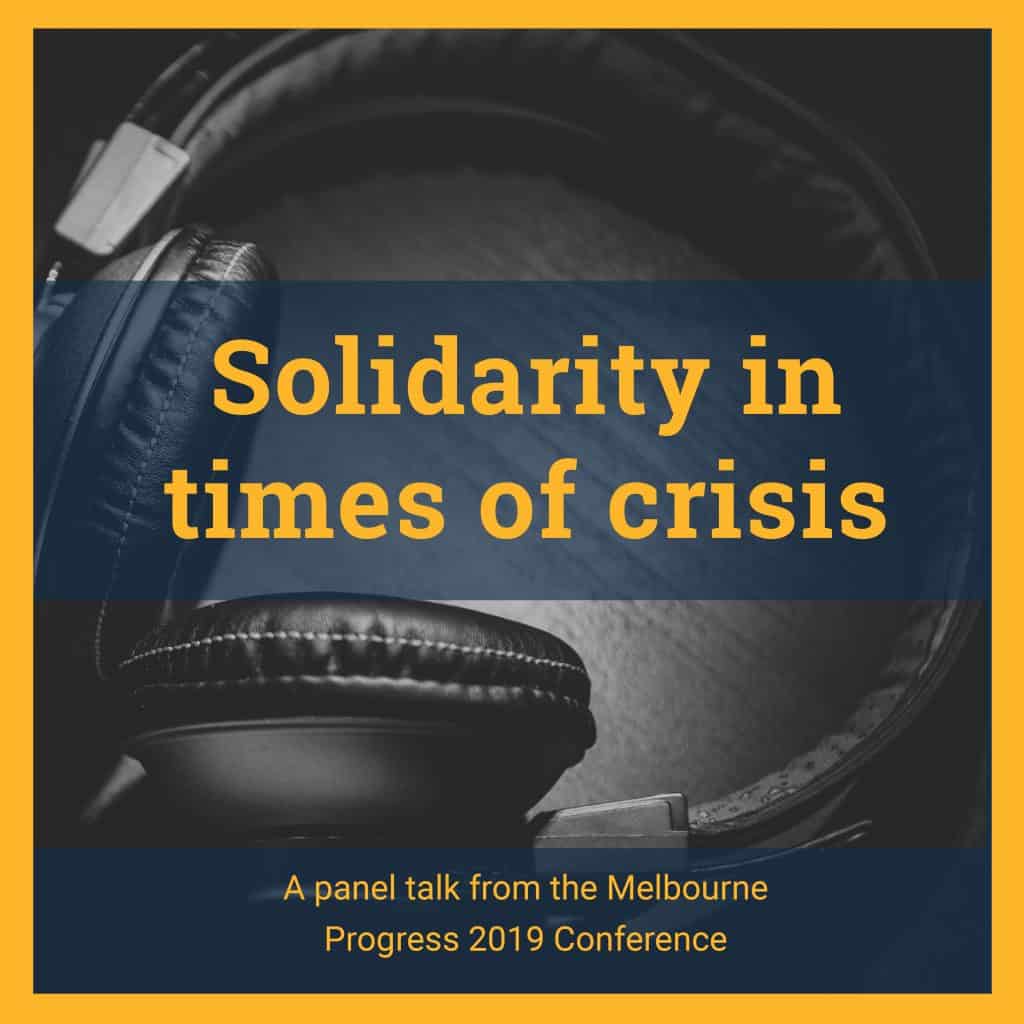 A panel entitled ‘Solidarity In Times Of Crisis’ was held during the Progress 2019 conference in Melbourne. Speakers Aliya Ahmad, Reema Yasser Ahmad and Faisal al-Asaad, as well as moderator Anita Tang, considered the role of civil society in countering the conditions and beliefs that give rise to daily discrimination as well as events such as the Christchurch terror attacks.

In doing so they responded to the question of how do we, as change-makers, make sure our response to a crisis elevates the voices from affected communities? With the recent Christchurch massacre as a case study the discussion offered practical tools and tips from Muslim communities to improve how organisations show solidarity.

This recording was produced by commonslibrary.org