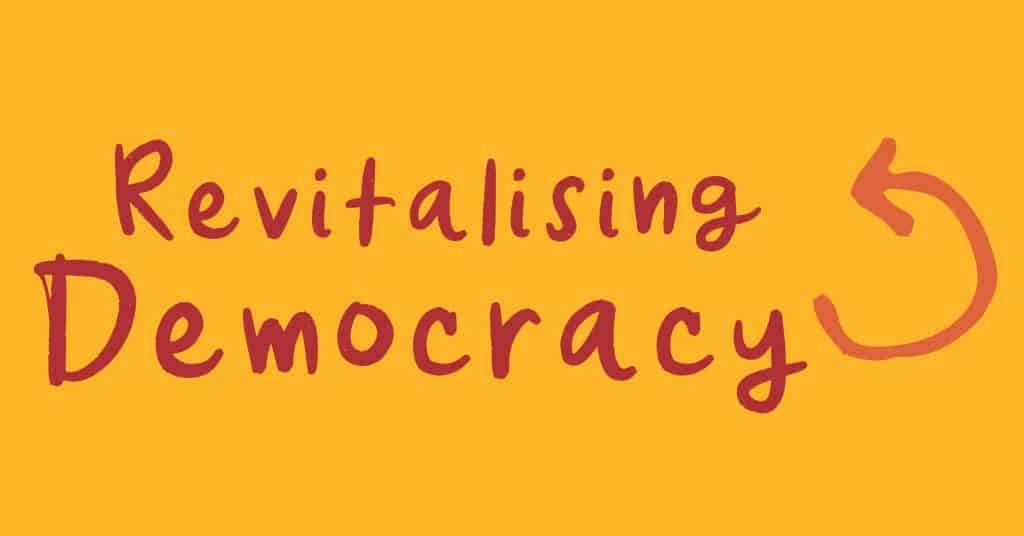 Reset Reading Group resources for discussion curated and introduced by Tim Hollo. Groups are encouraged to hold discussions of these readings during the week starting 8 June.

Please note we encourage all participants in RRG to read the introduction and the main discussion-starter Libertarian Municipalism & Murray Bookchin’s Legacy. There’s several further resources on the theme – we don’t expect everyone to get through all of these prior to meeting for discussion.

Reset 4: A New Economy readings will be available 15 June. If you haven’t signed up to receive the fortnightly emails yet you can do so at Welcome to Reset Reading Group. The readings for each theme will be available in the Reset collection on an ongoing basis.

Revitalising and deepening democracy is a prerequisite for success in creating a just future.

There is a powerful mythology around the concept of democracy in countries like Australia: a mythology that our democracy is a natural state; that it just “is” and always will be; that it is robust and complete. But, as Indigenous people, my holocaust survivor grandparents, my school striker child, and many others will tell us, democratic systems here and the world over have always been incomplete, exclusive, hard-won, and fragile.

This fact is suddenly becoming terrifyingly apparent to many more people. Right now, democracy is under attack and authoritarianism on the rise, in a process inextricably interwoven with the ecological crisis, ballooning inequality, and rising hate. The suppression and criminalisation of protest and advocacy, prosecution of whistle blowers and raiding of media organisations, and corporate capture of political parties and regulatory processes, are just the tip of the iceberg. Those of us working for social change of all kinds are finding that our efforts, which have always been met with resistance from those in power, are increasingly able to be ignored by decision-makers embedded in systems which are ever harder to dignify with the name “democracy”.

Rather than decisions being made by and for the people, they are being made by and for the already rich and powerful – a plutocracy. Corporations (and the super rich) buy access and decisions, pervert the political debate, enclose public space for their private profit, and freely pollute. Meanwhile, people are told we are consumers rather than citizens, our relationship with government becomes that of client and service provider at best, and our always limited influence over decisions which shape our lives and the future of the planet is constrained more and more. If the voice of citizens is constrained, there is no voice for nature at all.

The deliberate destruction of democratic norms and institutions is a central reason why our causes and campaigns keep losing, and why the siren song of the populist right, tapping into legitimate dissatisfaction, is increasingly successful. Revitalising and deepening democracy is therefore a prerequisite for success in creating a just future. But, more than that, deep, trusting, universal democracy is, if we think about it, the central defining and unifying concept behind all our campaigns for justice – the idea that every one of us should be able to play an equal part in determining our collective future together.

If that is the case, what does it mean for our efforts from here on?

There is plenty of agreement that our democracy isn’t working well. Trust in the operation of our democratic systems, although not in the concepts of democracy, has crashed, as this report from Democracy2025 details. Many social change campaigns include calls for democratic reforms such as banning corporate donations and closing the revolving door between parliamentary offices and lobbyists. Occasionally, disturbingly, at the edges of even progressive movements, voices can be heard calling for the suspension of democracy in order to achieve certain goals.

Should we countenance ditching or suspending democracy? Clearly not. Do we just need to tweak our democratic system to make it work better? Probably not. Or do we need to radically reinvent it?

In one of the further resources below, I argue that our existing democratic systems are fundamentally incapable of tackling the immense and interconnected crisis we face, because they are built on the foundations of anti-ecological thinking that have led us to this point. What’s more, these systems are spectacularly ill-suited to enabling our survival in the far harsher world they have created.

In this context, if we continue to organise around demanding changes from governments we know will not act, we are doomed to fail, and we are abdicating our own true democratic power. But the answer is not to abandon democracy – the answer is more democracy. I suggest that we should acknowledge the failure of our fatally flawed system and take this recognition as a liberating opportunity to reinvent our democracies around ecological thinking.

The readings explore key strands in radical democratic thought. They look at models for deep democracy from Elinor Ostrom’s theory of the Commons and Murray Bookchin’s Libertarian Municipalism, both and all echoing ideas in Indigenous Democracy.

Explore as much or as little as you like and have time for, and then discuss the ideas with an open mind. That’s democracy.

Murray Bookchin was a social theorist and political philosopher who, disenchanted with mainstream left, socialist and anarchist thinking and practice, developed a model variously referred to as Communalism, Libertarian Municipalism, or social ecology. This interview with Bookchin’s daughter, Debbie Bookchin in the Green European Journal is an easy introduction to his key ideas.

Municipalism allows people to actually practice politics as it should be: an art in which every interested member of a community participates in the governing of the community. – Debbie Bookchin

The End of the World As We Know It

In this easy to read essay Tim Hollo explores ideas of ecological democracy based on the thinking of Ostrom, Bookchin and others in the context of the recent bushfires. Read The End of the World As We Know It. 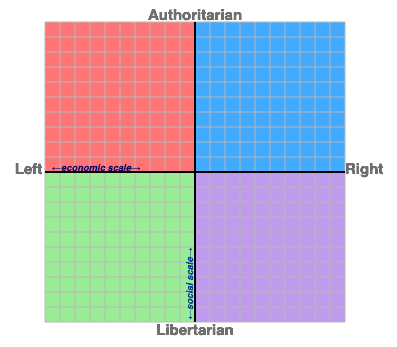 If you’re interested in the idea of democracy being a (the?) central pillar of left social change, Chantal Mouffe is your go-to. In this half hour video, Mouffe sets out the thinking in her recent book, For a Left Populism, arguing primarily that a commitment to deep democracy is the unifying goal of the left and the only path to the change we want.

In this Green Institute webinar, Dr Tjanara Goreng Goreng and Lidia Thorpe explore ideas of Indigenous democracy, from deep philosophy and theory we can all learn from to active practical steps we can take. Watch just the first half hour for the introductory ideas, or the full video for the follow up discussion. Related slides and links are available on the Green Institute site.

Tim Hollo is Executive Director of the Green Institute, where he leads thinking around ecological political philosophy and practice, and drives policy discussion around Rights of Nature, Universal Basic Income and participatory democracy. He is currently a visiting fellow at the Australian National University’s School of Regulation and Global Governance (RegNet).

Tim was previously Communications Director for Greens Leader Christine Milne, has been both a board member and campaigner at Greenpeace Australia Pacific, and has worked for 350, Lock the Gate and others. In 2013, he founded Green Music Australia, an organisation which brings together his environmental activism with his experience as a musician, having recorded 8 albums and toured nationally and globally, from the National Folk Festival to New York’s Carnegie Hall with FourPlay String Quartet.

Tim’s writing on environmental, social and political issues has been widely published, including at the Griffith Review, Meanjin, the Guardian, ABC, Huffington Post, and Crikey.

Reset 4: A New Economy readings will be available 15 June. View the full program and sign up to receive the fortnightly emails at Welcome to Reset Reading Group.