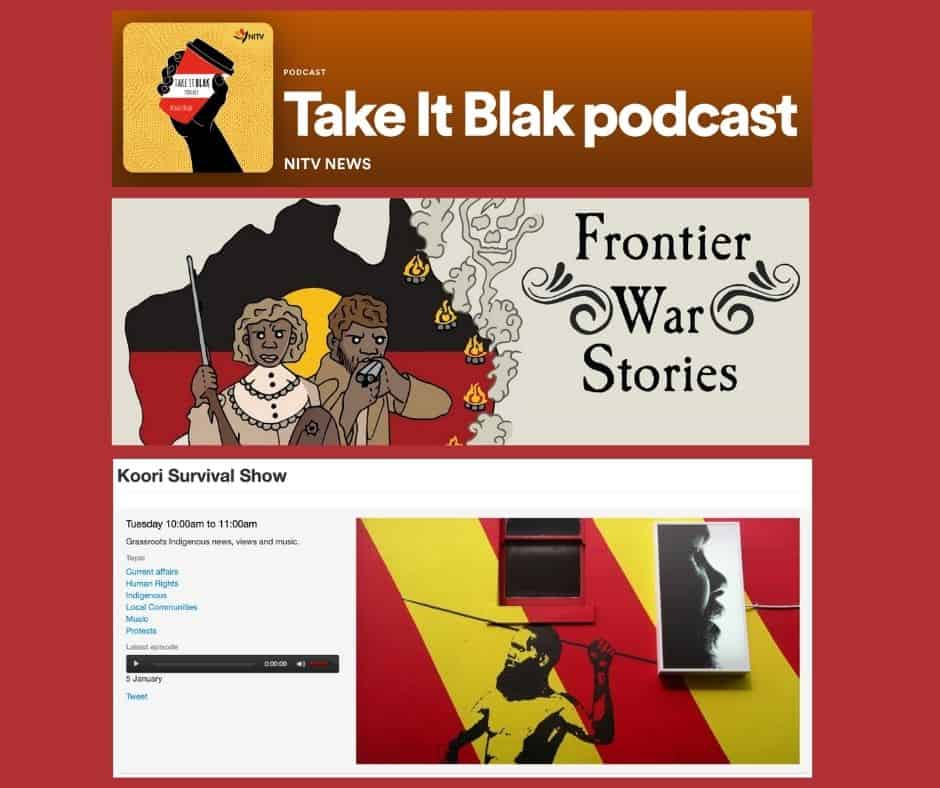 January 26 is a fraught day in Australia, bringing up conflicting perspectives on the nature of the nation and the process of colonisation. To learn about what Invasion Day means to Aboriginal and Torres Strait Islander people, and other First Nations justice issues, listen to these podcasts and radio shows.

To find out about Invasion Day protests see this Green Left Weekly directory, follow Warriors of the Aboriginal Resistance or check with local groups.

Frontier War Stories – a podcast dedicated to truth-telling about a side of Australian that has been left out of the history books. Hosted by Boe Spearim is a Gamilaraay & Kooma radio host and podcaster who lives in Brisbane. Each episode Boe speaks with different Aboriginal and non-Aboriginal people about research, books and oral histories which document the first 140 years of conflict and resistance. These times are the Frontier Wars and these are our War Stories.

Always was, always will be our stories

Activist and writer Clare Land in conversation with activist Bogaine Spearim, presented in conjunction with Tom Nicholson’s exhibition at the IMA ‘Drawings and correspondence’. Land is the author of the book ‘Decolonizing Solidarity: Dilemmas and Directions for Supporters of Indigenous Struggles’ (2015). She is a non-Aboriginal person who has been an active supporter of Aboriginal struggles since 1998. Her book ‘Decolonizing Solidarity’ is based on interviews with Aboriginal community members and non-Aboriginal activists, and includes what Land has personally learned through her own activist work in southeastern Australia. Bogaine Spearim, Kooma & Gamilaraay person, is a member of Warriors Of The Aboriginal Resistance. He is one of the co hosts of the ‘Let’s Talk’ program on 98.9FM radio.

3CR’s Indigenous broadcasters mark Australia’s Invasion Day. Indigenous activists have broadcast at 3CR from the year 3CR began in1976. Tune in on 26 January each year and hear the truth about Australia’s ongoing colonialism and the current campaigns to right past wrongs.

Every Tuesday from 10-11am tune into 3CR grassroots Indigenous news, views and music.

The Black Block is an interactive Indigenous current affairs program, hosted and produced by Viv Malo, a Gooniyandi woman born and living, and broadcasting from the Lands of the Kulin Nations. Tune in on Mondays 11am – 1pm.

A historically informed, critical analysis of Aboriginal affairs and the ongoing political movement for land rights, treaty, sovereignty and the cessation of genocide presented by Robbie Thorpe. Tune in on Wednesdays 11am – 12pm.