In recent times Australia and other countries have seen the introduction and threat of new laws aimed at further criminalizing blockades, lock-ons and other forms of non-violent direct action.

The following resources canvas a range of ways in which campaigners and protesters have responded to arrest and imprisonment for political activities. Whilst much of the information can be applied in various circumstances note that any advice regarding regulations and laws will generally be relevant only to the specific places covered. Readers should check local laws and prison regulations as required.

At times, risking arrest may be a planned part of our action: in other situations we may deeply desire to avoid it. Nevertheless, activists get arrested. Planning, preparation, support and solidarity can help us protect each other and continue to build our movement. – Starhawk, 2001

A number of guides from Activist Rights covering supporting arrestees in a range of situations, making complaints about police, employing strategies to cope and deal with arrest and prison, and more.

This chapter from the Beautiful Trouble book discusses the importance of jail solidarity, discusses tactics, and provides an example from Malaysia.

Organizing Support and Solidarity for Arrestees

A guide by ecofeminist activist Starhawk to planning for the possibility of arrests and setting up practical support and solidarity for arrestees.

How to Use Jail/Court Solidarity

A short guide to how jail solidarity can be employed to help arrestees look after one another and defend those at particular risk from harassment and repression.

A guide by the Melbourne Activist Legal Support team regarding the role legal observers can play before, during and after protests in order to become a credible witness in
the case of a potential criminal court case and to compile public reports after the event.

Legal Solidarity – Needed in the Streets, Jails and Courts

Examples and suggestions for how jail solidarity can be practiced in multiple locations and through a range of strategies.

An article by the Midnight Special Law Collective and Katya Komisaruk which outlines a variety of non-cooperation and jail support techniques.

Created by the Fitzroy Legal Service this website includes a range of resources for Australian and other activists including preparing for protests, commons responses by authorities, and more.

This article by Mobilisation Labs outlines how Ugandan activists have successfully used a four step system and provides six basic guidelines for organising solidarity ahead of arrests and repression. 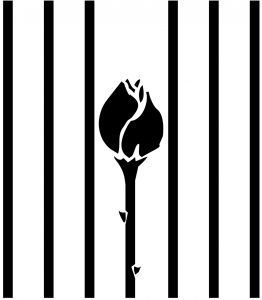 This excerpt from Pledge of Resistance’s Basta! Handbook discusses responses to divisive and intimidating tactics used by authorities against arrestees and prisoners.

A short guide to prison activism that was compiled in 2017 to assist human rights activists who are at risk of being jailed. It is split into two parts. The first section offers an overview of some techniques used by activists to defend themselves and help others while they are in detention. The second section describes specific activists’ experiences in a variety of countries.

Solidarity in Action: A Guide to Visiting Incarcerated Community Members

A detailed prison visit guide prepared by members of the Sylvia Rivera Law Project (SRLP) which covers information related to setting up a visit, preparing for it, undertaking self care during it, and what to do afterwards.

A brief guide to letter writing as a form of showing solidarity with political prisoners.

With the intensified use of militaristic, violent, and repressive domestic policing methods, activists are increasingly forced to spend time in jail and endure criminal prosecution for their actions. But, by using certain tactics collectively, activists have mitigated harm in jail and achieved objectives that would have been impossible through individual action. – Kris Hermes, 2016

A case study discussing how activists planned for possible arrests at the 2019 blockade of the International Mining and Resources Conference. It also details how they provided support for arrestees during the protests as well as in the court cases that followed.

An interview by Andy on 4ZZZ with Catholic Worker activist Ciaron O’Reilly about his experiences in Australia and overseas as a prisoner and prisoner supporter.

An article from legal-worker and activist Kris Hermes which discusses a range of approaches to jail solidarity as well as the history of campaigns including the IWW free speech fights of the early 1900s, the civil rights movements of the 1950s and 1960s and global justice convergences and prison strikes in more recent times.

Chapter 10 from this evaluation of the blockade to save Tasmania’s Franklin River discusses how jail protest was used in response to mass arrests.

20 Years on the Inside with Vickie Roach

Yuin woman, abolitionist and advocate for Aboriginal women in prison Vickie Roach reflects on her experiences of how incarcerated people understand and practice politics as well as how the Beyond The Bars radio project has given voice to Aboriginal and Torres Strait Islander people in Victorian prisons. 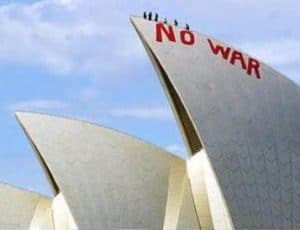 In this interview Dave Burgess discusses why he and his friend, Will Saunders, felt compelled to graffiti the Sydney Opera House and how they dealt with the court case and incarceration that followed.

In this series of clips Barry York reflects on the six weeks that he served at Pentridge prison in 1972 as part of an indeterminate sentence he had received for contempt of the Supreme Court of Victoria. This came in relation to political, anti-war and anti-racist protest at La Trobe university. He discusses his experiences, the impact it had politically and personally, and the subsequent campaign that had to be fought with the Education Department to set aside his conviction and allow him to get an ongoing teaching contract.

In this article former Belarussian political detainee Hanna Komar discusses surviving prison and the role which “unconditional sisterhood” played in it.

The magic of solidarity: What keeps sustainable activism running in jail?

In this talk human rights activist Peter Steudtner discusses his experience of being jailed in Turkey and the physical, mental and political approaches he and his fellow prisoners used to care for themselves and one another.

An article about the experiences of the Montreal based Prisoner Correspondence Project (PCP) in running a pen pal program with incarcerated LGBTQ2S community members.

An academic article by Beverley Yuen Thompson which discusses how global justice activists responded to arrests and jailings during the US demonstrations and blockades during the 2000s.

This set of readings and resources for the Reset Reading Group resources was curated and introduced by Roj Amedi. They and the allied discussion points raise issues related to the meaning of justice, including its connection to prisons and the legal system.