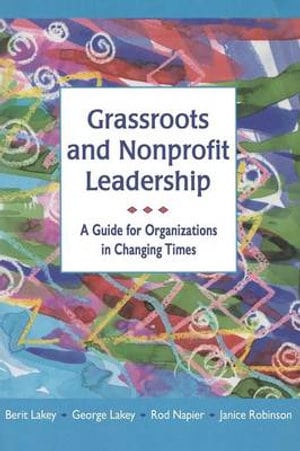 Create Identity Groups to Support Your Group’s Work on Diversity

Bringing together identity groups give people a chance to compare notes with others to make sure they are not “going crazy” to express anger as well as amusement, and to think about how to bring about change. It’s easier for Crystal in the story (from an earlier part of the chapter) to deal with Charlie knowing that she has a group of supportive women to listen to her and her feelings. She knows she doesn’t have to vent her upset with him, and instead can focus on dealing with him and the sexist practices in the organization in an effective way. An identity group also identifies differences between people belonging to the same group, and provides a safer place in which to deal with problems between people in the group.

Healthy identity groups are places where people grow, individually and as a group, in claiming their strengths and recognizing their weaknesses; they are not only for complaining and blaming, which beyond a certain point is an exercise in powerlessness.

Organizations may be wise to allocate the resources needed for identity groups to develop skills for positive change. Such resources include time, access to occasional training or work with a consultant, publications, etc.

An identity group must be flexible enough to recognize that each individual represents a complex set of identities. A woman also has a racial or ethnic identity, and may be lesbian, bisexual or heterosexual, and may have a strong religious tradition. White women and women of color have things in common, yet there are also important aspects of their lives and places in society that make them different from each other and at times at odds with each other. The same complexity is true for men. Ignoring these differences can add to the tension; on the other hand, no organization can deal with everything at one time. An organization which acknowledges the variety of what are known as “oppression/ liberation issues,” then proceeds to focus attention on one at a time, will learn valuable lessons from each encounter to apply to the next.

This national organization had a commitment to diversity on paper yet it remained predominantly white, with a cultural tone of “New England/California new left anti-authority activism.” The people of color turned to each other in frustration and started to meet over meal breaks during national conferences. After a while, they announced the formation of a people of color caucus, and in a plenary session demanded that quality time be set aside for them to meet. Emotions rose as whites made stirring (and defensive) pleas for unity. The highly-respected national chair tipped the balance by explaining the value and role of identity groups, acknowledging that issues of power were on the table, and lifting up an image of diversity that confronts honestly and realistically the force of inherited patterns of inequality. The conference voted to meet the caucuses demands.

For a period of three years following that pivotal meeting, the organization made rapid progress in diversifying. Specific goals were made and met, the organizational culture became richer and the organizational structure, including supervision and decision-making, became clearer tighter; and more efficient. Most of the reforms were initiated by the people of color caucus, which customarily made its report near the beginning of the national meeting (after having flown in early to have its own meetings) and often made needed proposals for changes in organizational practices and structure, as well as specific diversity proposals. The caucus also disciplined one of its members who was race-baiting to avoid measuring up on his job. The white people became used to dealing with racial issues that were fraught with emotion and tensions about power and became less defensive and more aware of their own racism. They also experienced the rich satisfactions of working in an organization they didn’t “have to” control but where they could instead be partners.

(Example supplied by a member of the executive committee of the organization during this period).