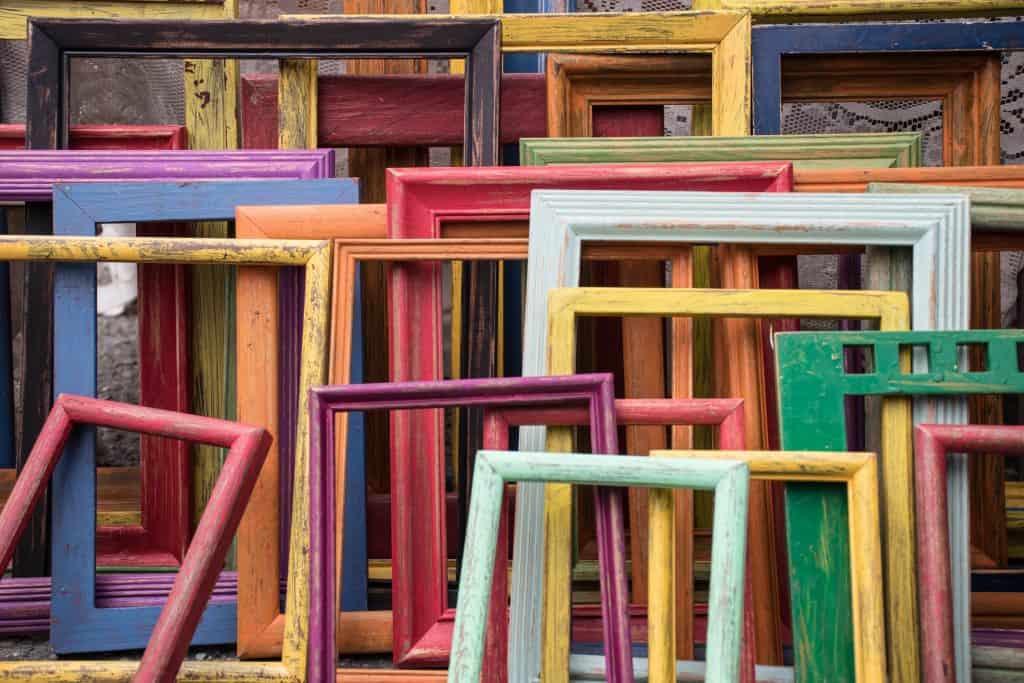 Photo by Jessica Ruscello on Unsplash

Framing is a crucial concept for people engaged in social change to understand. George Lakoff describes frames as “mental structures that shape the way we see the world.” Framing is the art of communicating such that one’s language activates particular unspoken ideas and associations. Being intentional about framing as part of progressive campaigns means activating relevant values and encouraging more people to think in terms of our worldview.


Cognitive linguist George Lakoff knows a lot about framing. In 2004, he authored “Don’t Think of an Elephant! Know Your Values and Frame the Debate”. This was a seminal popular work on framing. (Arguably, Lakoff framed “framing” for the general public, which is quite an achievement.)

In this synopsis, I’ll follow the path that Lakoff himself takes through the book, emphasising a few concepts I found particular useful. We’ll start with framing and metaphor, learn about the different worldviews, and also learn about the important idea of biconceptualism.

Frames are neural lenses that determine how we see the world

Framing is the art of communicating such that one’s language activates particular unspoken ideas and associations.

“We think”, writes George Lakoff, “with our brains.” Each brain is unique, and the brain’s physical circuitry determines which ideas are easier to activate for that brain. This neural layer aligns with cognitive associations that are stronger (or weaker) in the thinking (both conscious and unconscious) of the person whose brain it is.

I think of a frame as ‘a bundle of different associations activated in the brain by a cue’. That is, a frame links together different ideas such that speaking about one part of this idea activates – at an unconscious level – other implicit associations. The linkage may initially be done explicitly, or it may tap into pre-existing linkages that are implicit by now (just think about the associations with the idea of a “Karen”). The power of a frame then is how it communicates so much with so little. Not only that, framing enables communication that says more than it lets on. (“Dog-whistling” is itself a frame that could describe this phenomenon.)

Frames exist in the brain

Lakoff describes frames a bit differently as “mental structures that shape the way we see the world.” This definition emphasises the powerful way that frames shape perception. Framing modifies your very brain, making it easier for it to understand some things and making other things virtually incomprehensible.

Frames literally exist at the neural level of the brain. Particular language activates distinct circuits in the brain, making their synapses stronger and strengthening them over time: ‘synapses that fire together, wire together’. As this occurs, it becomes more likely that this circuit will spring into action in the future: a changed brain means changed thinking. It becomes easier and more automatic to think in terms of a particular worldview.

An important implication of this is that “to be accepted, the truth must fit people’s frames”. A brain simply cannot accept facts that don’t map to its existing neural architecture. This is a challenge for campaigners, especially progressives who are very caught up in facts. The challenge is to counter frames and strengthen our own frames without perversely strengthening opposition frames.

Further, activating a frame – even when rejecting it – strengthens the frame. This is why it is so important to avoid our opponent’s language. For example, nobody, ever, should argue that “seeking asylum is not illegal” as this activates exactly the frame of illegal asylum seekers: it creates a physical link in the brain between the idea of “asylum seeker” and the idea of “illegal”.

In this 5 minute video, George Lakoff describes the original analysis of frames, their physical existence in the brain, and how metaphors are developed in human cognition.

There is a relationship between framing and metaphor. Metaphor is so much more than just a poetic technique you learnt about in high school. At the cognitive level, metaphor recasts an abstraction in terms of concrete, simpler ideas. For example, an important metaphor is that the nation is a family, with government as the parent and citizens as the children. Like framing, metaphor establishes an association between different ideas. This association goes both ways: once it is established, we can apply ideas from the nation onto a family, and vice-versa.

Politics is fundamentally moral. It is a contest between different values, between opposing views of what is right. These views are underpinned by two contrasting models for how the nation should function.

As Lakoff describes it, he began by trying to understand how conservative politics was linked: why does the same party oppose welfare, support militarism, and want to control women’s bodies? He then turned the question on himself: why do I, as a progressive, have an opposite view on all these issues?

Strict father morality underpins the conservative worldview and is built around some key assumptions:

This is a gendered model, with the father as the strict disciplinarian. He loves his children, but he knows that sparing the rod spoils the child, and it is his moral responsibility to raise his children to be good.

Now, conservatives may or may not apply this thinking to their own literal family. More importantly, they apply it to the metaphorical family of the nation. They believe that the government – as the strict father – has a moral duty to act a particular way.

An example of this is the Coalition’s historic refusal to countenance an increase to the rate of Newstart. This was never about what it would cost the budget. In the conservative worldview, this is a moral issue: unemployed people have not worked hard and become prosperous, they are immoral and undeserving. If we give them money they haven’t earned, we are discouraging moral behaviour like going and getting a job.

(What was different when the Coalition introduced the ‘Coronavirus Supplement’? Arguably the huge increase in unemployment made it undeniable that many unemployed people were deserving and shouldn’t be punished.)

The alternative to strict father morality, the progressive mindset, Lakoff calls “nurturant parent morality”. In this model, the government should function like parents who nurture their children to achieve their full potential. Lakoff argues that “nurturance” boils down to empathy and responsibility. That is, the government should be genuinely concerned about the misfortune experienced by others, and it has a responsibility to address suffering and to promote the flourishing of its citizens.

It’s important to understand these views because it helps us to understand what’s really going on for conservatives, to avoid reinforcing their worldview, and to better understand and promote the values supporting a progressive worldview

Firstly, this view helps us to understand the values and moral reasoning behind conservative policies. If we think about the Coalition’s treatment of people seeking asylum, it’s fundamentally about authority. The PM is a strict father and his first duty is to look after the children. Rigid control over borders – even while breaking international law – is the moral thing to do in this instance. As Howard said, “”We will decide who comes to this country and the circumstances in which they come.”

Knowing this, we aren’t going to win over conservatives by talking about the skyrocketing cost of mandatory detention. (Conservatives are like progressives in that they think doing the right thing is more important than saving money, it’s just that they have a different view of what the right thing is.) But we aren’t really going to help ourselves by trying to make appeals to authority, either.

Rather, we could think about how to strengthen the “nurturant parent” model and link it to this issue. We could try to make an audience think about their own family, and the lengths they would go to to keep them safe and try to secure a better life.

This is what people mean by ‘reframing’: a new way of talking about an issue that associates it with different ideas and activates different frames which, if you’re progressive, should be linked to the “nurturant parent” model.

Biconceptualism is an important concept in framing with implications for political communications.

Biconceptualism is the idea that a person can be receptive to either the “strict father morality” or the “nurturant parent morality”. A minority of people have brains that are exclusively one model or the other; most people can respond to either worldview. But, if a particular system is regularly activated, it can grow stronger over time. Too, the systems are “mutually inhibiting”: when one system is activated, the other is suppressed.

One of the takeaways from this is that “moderates” or “centrists” do not, as such, exist. There is no half-way point: an issue is interpreted either with respect to strict father morality or nurturant parent morality. To the extent that “centrists” exist, they use one system for some political issues and another for other issues, they do not have a third system that sits ideologically between the two: “There is no ideology of the middle. There is no moral system or political position that defines the “middle.” The people in the “middle” are largely biconceptuals, people who are conservative on some issues and progressive on others, in all sorts of combinations.”

The good news of Lakoff’s “Don’t Think of an Elephant” is that many people share progressive worldviews. The “nurturant parent” model exists in their brain. They can understand the importance of progressive values like responsibility and empathy.

The challenge then is to align our own communications with this worldview and these values so that we are building our power and winning lasting changes: changes that will endure because the support is embedded in values and change cognitions at the level of the political public. We do this by talking about what we believe, speaking to the shared values that we, and so many Australians, hold.