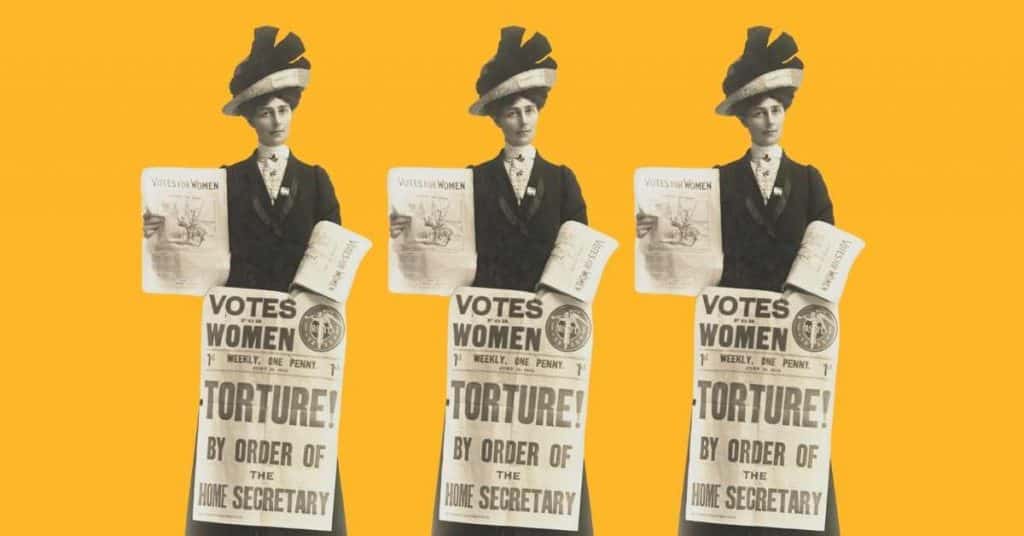 Women have never argued that women’s suffrage would reform the world. They claim that the ballot is a powerful weapon with which to combat social and industrial wrongs… It may matter very little personally to any individual woman, whether she has the vote or not. It is of vital importance to the interests of women as a class, that they should have representative government. – Vida Goldstein

The Women’s Political Association (WPA) was formed in 1903. In playing a key role in gaining the vote for non-Indigenous women in Australia, it and other activists combined a range of means, including public meetings, rowdy protests and mass canvassing to collect 33 000 signatures which were presented to Victorian parliament in the form of a 260 metre long “monster petition.”

Active on a range of women’s and social issues during the 1900s and 1910s, the WPA also campaigned for equal pay, birth control and workplace rights, and against the discriminatory White Australia Policy. Work to ameliorate and counter poverty and unemployment included supporting strikers, pressuring the state government, forming women’s labour and employment bureaus, collecting aid, and initiating a farming cooperative and a workers’ commune.

In addition to this the WPA took an early, concerted position of opposition to all forms of military conscription. This was ramped up into a series of internationalist and anti-militarist campaigns during World War One through the formation of the Women’s Peace Army. Despite suffering government repression and censorship, and physical attacks from war supporters, the WPA played a crucial role in two referenda rejecting conscription.

Compiled by Geraldine Robertson, the book Changing The World features the WPA’s deeds and ideas as told in their own words, via a series of excerpts from speeches, newsletters and publications of the time. As Holly Gurling has written, “This approach of documenting history enables these powerful women to speak for themselves, holding steady to the truth within direct sources.”

Extracts from the book, in the form of a preface by Robertson and an open letter written by WPA member Vida Goldstein in 1914, are directly below. A link to download the full book is at the bottom of the page.

Nothing was more degrading than for a woman to have to marry for a home. Love should be the sole reason. Surely those with a brain-to think, eyes to see and a mind-to reason must realise that the capitalist system must cease and a co-operative system prevail in its place. – Vida Goldstein

Preface to Changing The World

Who were these changemakers from so long ago? We know they worked towards what they believed to be a better world for everyone; working with joy, hope and, when needed, courage. We know they changed the world.

I was astounded when I first saw their newsletters and saw their world as they experienced it rather than through the eyes of others. I had to document this.

They were a group of women living in Melbourne who were not satisfied with men dominating public life. They saw themselves as trailblazers. The day they won the vote and the right to stand for Parliament in 1908 a suffragist suggested a statue to commemorate the great event ― a statue of Vida Goldstein with her foot on the back of their adversary, Sir Thomas Bent.

This was in jest but surely they would never have believed they would have to wait for an opportunity until 1973, when the League of Women Voters Victoria had a display showcase made with a plaque on it reading ‘Vida Goldstein: Pioneer of freedom and justice for women’ and presented it to the State Library of Victoria.

My understanding is that the library refused to accept it, claiming that there was no space for women in the Dewey decimal classification system it used!

In 1985, however, they succeeded in being publicly recognised with the first Victorian 150th Anniversary plaque to honour women. It was unveiled in the private Parliament House Gardens in Melbourne. It is small and access is heavily restricted. But it is there. The Women’s Political Association is barely remembered at all.

Although some of their ideas now seem to belong in the past, or even be wrong, most galvanise today. Yet they are barely known. Are we going to leave it like this?

Open Letter to the Women of Australia—Censorship

This letter, penned by Vida Goldstein, first appeared in the WPA publication, The Woman Voter on 29 September 1914.

Dear Women of Australia, dear women of every shade of political and religious thought, come and let us reason together about war, the present war and war in general. But first let me tell you what has recently happened to us in this free Australia of ours.

International Peace and Arbitration is one of the planks of our programme. When we put a subject in our platform it is not put there for show case or dress parade purposes — it is put there because we believe in it as a fundamental principle of our policy. It is not there to be spoken of only in the piping times of peace, and put away in cold storage as soon as war breaks out.

Immediately when war was declared we cleared the decks of our little Peace Dreadnought and prepared for action.

We passed a resolution regretting that the statesmanship of nations had failed to maintain peace, and asking the President of the International Woman Suffrage’ Alliance to call upon the women of all affiliated countries to demand peace, and the submission of the points in dispute to arbitration. We published articles against war…

On September 23rd we received communication from the Military Censor informing us that the Woman Voter of 25th August and 2nd September contained ‘matter that should not have been published,’ and enclosing a copy of ‘instructions to press’. These instructions referred only to cables, cargoes, movements of warships and troops, sensational reports of victories or defeats, seditious, disloyal or contemptuous matter, etc and we were asked to give an assurance that we would loyally carry out these instructions. We believed, and believe, that we had not violated them in any way. We wrote to that effect to the censor and asked specifically if it were not possible to plead in our paper for love and peace to reign instead of hatred and bloodshed…

The next morning, when we went up to the establishment of our printers, Messrs Fraser and Jenkinson, to ‘make-up’ that week’s Woman Voter, we were greeted by an armed guard with fixed bayonets, a commanding officer, an officer in mufti and a detective!

We have already given you sufficient to prove that every nation without exception has made such egregious blunders in its foreign policy that war was inevitable; that the war has been made by monarchs, politicians, diplomats, armament firms, financiers, and newspapers; that alliances and ententes cordiales are so many powder magazines…

The Censor’s staff told us that they had had more trouble with our little publication than with any other paper in Melbourne. Exactly. We opposed the censorship of articles that pleaded for peace and love instead, of war and hatred, not for the sake of opposition, but from an inward conviction that we were only doing what was demanded of us by conscience.

It was a fight for liberty, fought, not with weapons that take life, but those that give it. Life without freedom to choose the right is but a living death…

Now is the accepted time. Do not wait till after the war. Woman’s hour has struck. The war makes that clear. Enfranchised women of Australia! History will claim you false to your trust if you are silent now! Come out and be separate from all that makes for war. 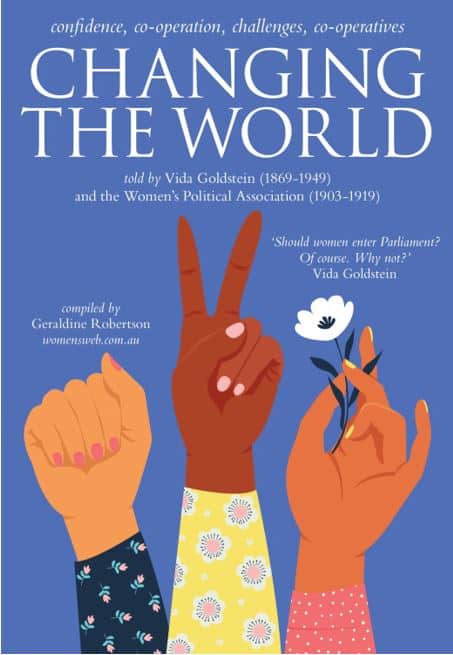