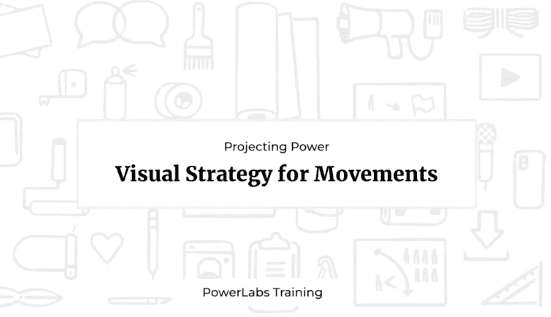 Whether or not we realize it, our understanding of social movements is shaped by the images we see of them. Visuals make up a large part of how movements communicate with our targets, the broader public, and our own members. But often, we gloss over core questions of how to create strategic visuals, and evaluate their impact on our strategy.

This two-part series on visual strategy with Josh Yoder and Rachel Schragis of Look Loud will help you make a plan to create the images we need to win. You’ll learn both why and how we create a visually rich movement culture, and leverage imagery to help meet our other organizing goals.

After watching these two 90 minute sessions, you’ll be equipped with tools to develop a visual identity to match your strategy, and use visual content as the foundation for strong communications and social media work. You’ll be ready to tell a bolder story in the street, maximizing threat to power and making actions more welcoming and joyful. You will learn how to timeline the development and distribution of imagery, and use visuals to strengthen training practices and deepening collective ownership of a movement’s identity. You’ll also be able to articulate how visuals are interacting with your current strategy, and have a strong foundation to plan the visuals you need to win. 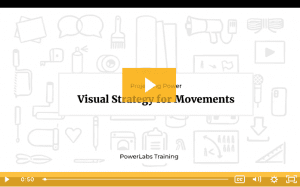 Part 1: Creating who we are: How to develop shared visual identity for your movement or organization 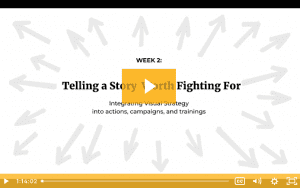 Part 2: Telling a story worth fighting for: Integrating visual strategy into actions, campaigns and trainings