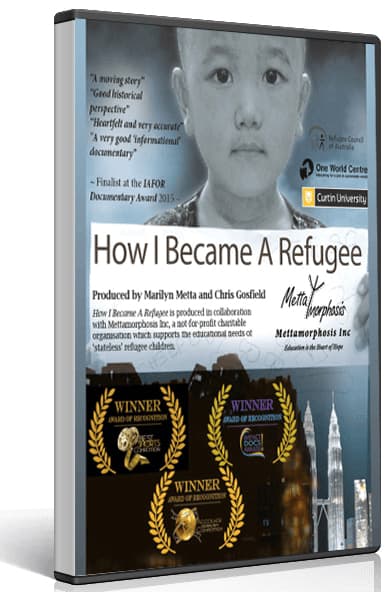 Dr Marilyn Metta gave a talk at the Activism @ The Margins conference in Melbourne in February 2020 regarding the role of young people in social activism. She spoke about how young people’s experiences and ideas can be centred. She also outlined how the film ‘How I Became a Refugee’ has been used with a study guide in schools to “facilitate understanding and empathy and a better understanding of the experiences of young people from a refugee background.”

Listen to Dr Marilyn Metta’s talk at the Activism @ The Margins conference:

About ‘How I Became A Refugee’

The documentary covers the true biographical story of the life of the Ni Chin family who escaped religious persecution from the military government in Myanmar by fleeing their home, and journeyed through to Malaysia before being resettled in Perth. At the heart of the story is Rubi, who tells her story through the eyes of a child having fled her homeland, crossed several borders, in doing so rendered vulnerable to the violence of others, and her life risked in the hands of people smugglers.

The ‘How I Became a Refugee’ video and study guide has been used in a number of schools in Western Australia and serves as a model for how effective educational work can be done on a small budget.

For more about the project and to obtain copies of the film and a free study guide visit-  https://www.mettamorphosis.org.au/documentary/