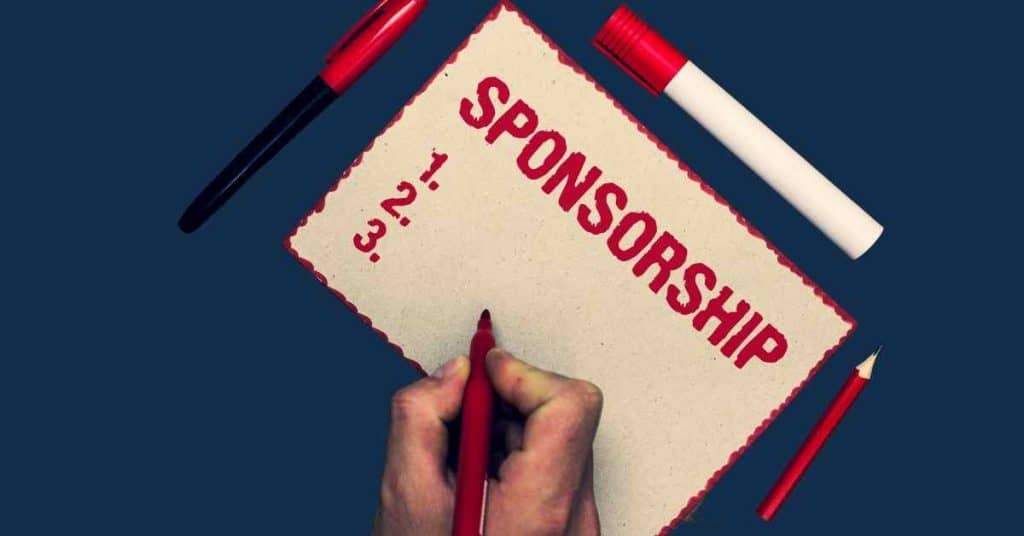 Sponsorships: Acquiring Money for an Event or Organization

Asking for sponsorship can be a daunting or difficult affair, so understanding how to approach it in the best possible way is crucial.

Sponsorship can be very important to organizations and groups – having a bit of money means being able to significantly increase the output of the group, whether by being able to fund an event better, being able to hire a designer for a project, or to promote on social media.

This article about sponsorship originally appeared on the Activist Handbook website, a Wikipedia-style collaborative manual created by activists, for activists.

There are different types of sponsorship. Depending on what you need money for, you can target your search for different kinds:

How to acquire a sponsorship

Begin by contacting relevant businesses. If you’re running a political event for International Women’s Day, contact businesses that are women-run or have programs aimed at supporting women. Essentially, utilize your niche before contacting non-related businesses.

Contact relevant organizations- similar to above, if you’re running a political event for young people, contact organization that deal with politics or young people. They may not always be able to provide funding, though they may be able to provide in-kind sponsorship. Use formal emails when doing so, as businesses or organizations will be hesitant to engage with any group that seems overly casual (and therefore unprofessional). Provide clarity in these emails as to what sponsorship will be used for (e.g., we need money for a venue, sandwiches for lunch, etc). Check email frequently when engaging in sponsorship contact, as taking too much time to respond may seem unprofessional.

If sponsorship is acquired, there are generally certain obligations on the part of the group or organization, both to ensure sponsors are happy with association of your group, organization, or event, and may be inclined to do so again. Be sure to engage in relevant promotion, such as taking event photos, promoting and mentioning on social media, and so forth. Ensure that you provide follow-up post-event, along with relevant thanks e.g. upon the conclusion of the event.

Especially for organizations, ensure that you remain in contact, as opportunities for sponsorship may arise again, or a longer-term partnership may be feasible.

Depending on the scale of the partnership, a thank you gift may also be in order at some point – it doesn’t have to be anything massive, but it shows a strong degree of gratitude. Depending on organizational structure, there can be additional layers to sponsorship or association – there may be tier levels for an event’s sponsorship with additional benefits, for example.

Reaching out to organisations

Local businesses often like supporting local organizations, groups, or individuals, and frequently pride themselves on supporting the community (and being seen to support the community). While their budget may not be as large as larger businesses, they are often more willing to help.

It’s often a lot easier to begin discussions. Whereas a large business may have a complicated sponsorship application process, a small business may be willing to get the ball rolling with a simple email or phone call. Creating longer term links is also easier for similar reasons.

Larger businesses may have deeper pockets for sponsorship, which is absolutely something that can be utilized. They often have outreach or community programmes that specifically intend to ingratiate themselves with an area, while larger businesses also may support non-related issues (often focusing around specific issues – for instance, Lidl donates to support mental health and women’s sport). In general, a link is worth pursuing if there’s either a geographic link or a thematic link – a technology company may sponsor an event if there’s a ‘technical dimension’, such as discussion about technology at the event.

Charities aren’t typically the first port of call for gaining financial sponsorship, though may be better for links as opposed to money or other forms of direct sponsorship. For instance, if you need a guest speaker at an event, or would like a referral to another individual or group, a charity may be able to pull some strings.

Organizations which are groups that exist for a specific, non-profit driven purpose. These can vary significantly in objectives, but can nonetheless be useful sources of sponsorship.

Especially if you’re operating with a political motive in mind, political parties may be willing to donate sums of money, provide connections, or get in contact with potential sponsors or patrons. The rules on this differ from country to country, so be sure to research. It’s also worth contacting individual politicians for low amounts of sponsorship, as many are independently wealthy. See the section below about conflict of interest to learn how to strike a balance between political sponsorship and organizational independence.

Interest groups – groups which advocate for a specific issue outside of the framework of government – can also be a useful source of sponsorship, provided there is a direct thematic link between your group/organization/event and the group itself. These groups vary in size and ability to provide support, though many of these groups (especially those that lobby on business related matters) can also provide connections or other resources.

Government bodies are also useful while searching for event space or venues, as there are often government buildings with infrequently used atriums, meeting rooms, or courtyards.

Conflicts of Interest and Sponsorship

Naturally, money can often complicate issues within an organization. Very often, when receiving any form of sponsorship, there will be certain pre-conditions attached. Usually, these are quite fair and don’t overtly impact the overall independence of the group or organization, such as wanting photos with products, mention on social media pages, and placement of leaflets at the event.

However, often larger sponsors will make larger requests, especially if there is a larger sponsorship package being given to your group or organization. Sometimes, these can be reasonable, such as wanting larger features on social media. Other times, this can cause conflict with the central ideals of the group or organization – think of a car company wanting to be a sponsor of a climate conference. There may be internal conflict over whether this is acceptable – in this example, discussion over whether it should be supported for electric vehicle reasons, or whether it ought to be opposed on the basis car companies do harm to the environment.

There’s also the potential that there is additional influence sought by these potential sponsors – such as a sponsored conference topic, or tent. This may vary depending on the event, and sometimes may be entirely acceptable, especially for sponsors of higher desirability. Other times, this creates tension within an organization over what level of involvement is acceptable, and between the group and sponsor itself.

Tactics to minimise conflicts of interest and organisational tensions

Lay out a sponsorship package or tree

Using a pre-determined sponsor tier sheet ensures that potential sponsors not only know what benefits they will get, but also that there is less of a desire to ‘demand more’ in ways that an organization or group may feel pressured to accept, or create tension by denying.

Using the previous example, if the decision over whether to accept sponsorship of a climate conference is affecting a group, having a pre-determined way of mitigating conflict is beneficial for continuing group cohesiveness. For instance, requiring group leaders to hold a majority vote over whether the sponsorship should be accepted or not.

For example, if the complete political independence of a youth event is paramount, it may make sense to prohibit the sponsorship of any political parties. There may also be specific subgroups that you wish to exclude from sponsorship. If a youth conference does permit sponsorship by political parties, there may be a desire to exclude certain parties for a variety of reasons, such as those that engage in anti-immigrant rhetoric.

For longer term partnerships, a form of dependence can also emerge, where a group becomes reliant on funds from a single source. This can, however, be mitigated by ensuring that there are funds incoming from a variety of sources (though this is easier said than done), so that one ‘problem sponsor’ could theoretically be dropped without financially impacting the organization. This is something that also prevents any ‘creeping influence’, where a sponsor seeks additional influence or demands year-upon-year.

Email and call everywhere you can. While the above article does mention the frequent need to find sponsors with thematic links, you lose absolutely nothing by at least sending an email. You never know – maybe they have a large stock of unused sponsorship money, or perhaps someone on the inside might take a personal interest in your group or event.

Be persistent – many places get a lot of emails, especially big companies. Sending follow-up emails in a respectful manner makes the request more likely to appear on the radar.

Follow-up calls are also a good idea, especially if you’re pursuing sponsorship from a specific company but they haven’t been responding to your emails for some reason – things get lost in the inbox all the time! A polite call to the front desk or the reception can alert them to your email, or better yet refer you directly to a sponsorship or public relations office.

Use personal links – as they say, it’s not what you know, it’s who you know. Companies and groups are far more likely to provide sponsorship if they know you personally, so be sure to use all personal connections – these can include schools, sports clubs, and youth organizations. Family and friends are also useful for providing connections. Activist Handbook is a Wikipedia-like site for everyone to exchange knowledge and experiences about activism. It’s written by activists for activists. Visit the website to contribute to their wiki and learn more about other fundraising means and other topics including: