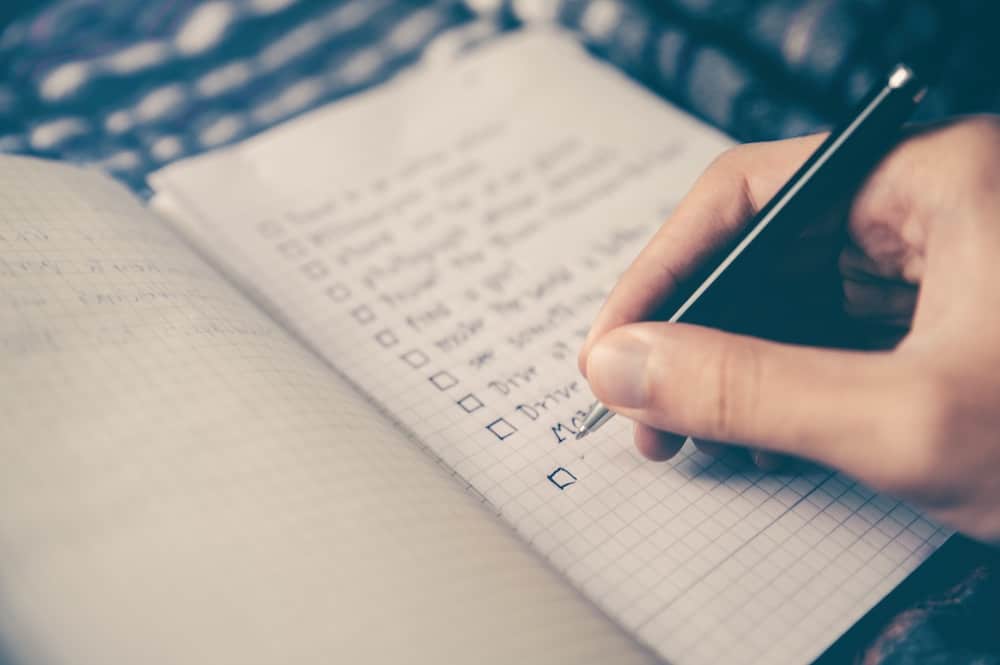 This time last year I was deep into my New Year’s Resolutions. I was exercising regularly and eating healthily.

A little over a year later I’m still exercising regularly and eating healthily – but it’s all feeling a lot easier. I’ve changed up some of my routines and reset my goals, but I don’t feel anywhere near as driven about them.

What I hoped for has happened – being healthy has become habitual. I’m exercising because I want to, and if something messes with my exercise routine I find myself fitting in some other kind of activity because my body just wants to move. I’m avoiding sugar, by decision but also because I just don’t like how it makes me feel.

I’m more connected with my body’s intuition and it turns out it is aligned with what I decided was best for me.

Lots of factors have contributed to my current situation but I do know it made a big difference to take goal-setting seriously. To actually decide to change something, put that into action, and then have myself catch up with that decision until it felt natural.

Here are some of my thoughts on goal-setting from last year’s resolution blitz.

Setting a life up to sustain activism doesn’t always come easy. It’s about prioritising yourself, which pushes against messages that activists need to be prepared to sacrifice themselves and always put the cause first.

We can take a different perspective. Looking after ourselves means we can think better, be more resilient and last longer as activists. Our movements are stronger if we aren’t burning out and getting sick. We don’t need to wait until utopia to live well.

Setting goals is about not taking the status quo for granted, to assume that what is does not have to be. Activists are really good at that! It’s just a matter of whether you make your own health and happiness a priority. It’s about living intentionally not just falling into old default patterns, letting your life follow pre-defined ruts in the road. You’re in charge of what kind of life you lead.

This is not to discount the many structural pressures that limit access to the ‘good life’. It doesn’t mean I don’t believe in the need for collective liberation. But as the Rabbi Hillel quote goes ‘If I am not for myself, who will be for me?’

Just like in a campaign we’re much more likely to get where we want to go if we’re clear about the intended destination – and if we take effective steps in that direction. Setting goals challenges us to not just react to what’s coming at us right now, but to think about what we want in the medium and long-term.

In order to successfully reach a goal it can really help to form new habits – out with the old way of doing things, in with the new.

I think goals have more chance of success if they:

I also think it’s important to make a real decision. A resolution is not ‘I’ll try to eat healthier in 2014’ it’s ‘I will eat healthy food in 2014’ and even better something like ‘In 2014 I will eat healthy home-cooked meals at least four nights a week’. The more specific the decision the stronger it is.

Remember Yoda: ‘Do or do not. There is no try’. ‘Try’ leaves it down to your will-power in the moment, leaves you open to the pressures in your external environment, and sets you up for failure. A decision is something you can use to prop you up, that you can announce to others, and repeat making as many times as you need to until you succeed. Over time that decision may manifest as a new habit, a new ‘default position’ so it’s not such a struggle.

Our old habits, the status quo, can be like an elastic band. We try to pull in another direction but the band snaps back to the old way. To stop the ‘snap-back’ it helps to have things to fix the goal to like:

Intending to do something while taking no steps to make it happen is doomed to failure. A new habit needs space made for it. For example, to make room for my new exercise regime I have:

The things that could trip you up might be different from mine, so you’ll need a different kind of plan.

Chris Rose posits a great question to use when developing a campaign strategy: ‘why hasn’t it already happened?’ Same goes for personal goal-setting. What has gotten in the way of you living the way you want to? What barriers are there to success? What interests and pressures have led to the status quo? For example, if your goal is to be healthy and you’re not currently, you could explore what contributed to that and which factors you actually have control over. Anticipating the barriers allows you to strategise about overcoming them.

Ensure you get positive feedback

In the early stages of forming my new habits I found it really helpful to track progress. If the beneficial outcomes of a goal won’t be felt for some time it can help to notice that you’re on track. There’s a nice positive hit from ticking something off a list. Jerry Seinfeld used a calendar system to motivate him to write, creating a chain of red crosses – his system is ‘Don’t break the chain’. There are also a lot of handy apps.

There’s a lot of discouragement out there about goals and new year’s resolutions. Past failure is no predictor of the future. Don’t get discouraged if you’ve fallen off the wagon. You can re-decide as many times as necessary to get there.