5 Podcasts All About COP26

Need context and updates on COP26 – and maybe even some laughs?! Here’s 5 podcasts to check out.

The Glasgow COP26 climate talks have been described as the ‘world’s’ best last chance’ for climate action. But how did the COP talks come about, what have they achieved, and what is happening at the COP26 last chance saloon? Luckily, a wealth of podcasts has been created to inform, entertain and inspire us about what’s happening at COP26. Here are 5 podcasts to listen to for your COP26 listening pleasure. In their first episode, the team break down the Conference of the Parties, or COP, ahead of COP26 kicking off on October 31st 2021. They take an inside look at the World’s Biggest Annual Climate meeting to tell us about what happens at COPs and what to expect from COP26. Listen in to hear insights from:

As Nathaniel Rich in his New York Times article Losing Earth highlights, “Nearly everything we understand about global warming was understood in 1979. It was, if anything, better understood.” During that year a dynamic duo teamed up in a campaign to warn humanity of what was coming: Gordon MacDonald, plucky scientist, and Rafe Pomerance, environmental lobbyist extraordinaire. The two embarked on a DC roadshow trying to unite the scientific community and advocate to the powerful in Washington. During the following years, Rafe and Gordon joined up with a host of scientists, policy makers, and other actors to continue building momentum.  Congressional hearings were scheduled. Press-conferences held. Powerful people came together to work out a comprehensive international strategy. And yet the problem continued to be ignored… So: what went wrong? Listen to the podcast to find out.

You can find Signal Switch right now on Spotify, SoundCloud, and Apple Podcasts. 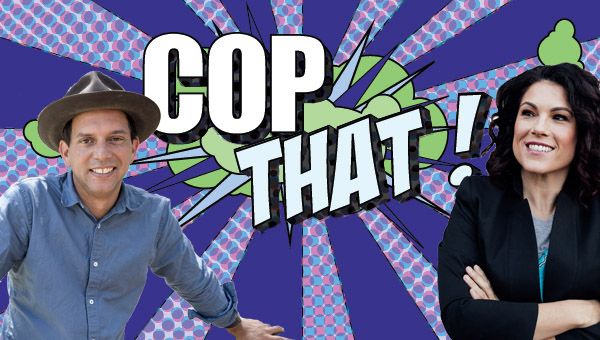 This podcast series hosts Dr Rebecca Huntley, broadcaster, leading social researcher, and author of How to Talk About Climate Change in a Way That Makes a Difference, and Nature Conservation Council’s Chief Executive Chris Gambian provide a day to day update of the COP26 program. They cover what we can expect from this international climate conference and promise that COP THAT! will be there with you the whole way.

Their first episode ‘A Shotgun Wedding’ looks at the background to COP26. Each 20-minute episode will brief you on the latest news from the COP26 climate summit with an informed analysis of the politics and the consequences. Brace yourself…. this five-episode series covers the role Australia has played in the climate crisis up until the COP26 talks. As the Guardian writes, this podcast takes “listeners inside the special deals, bullying, and brief moments of hope that have marked Australia’s role in international efforts to address global heating. Former PMs, high-ranking politicians and climate experts will blow the whistle on how Australia became an international climate change pariah in the new Guardian Australia podcast series. From the aggression of Kyoto and the chaos of Copenhagen to the high hopes of Paris, Australia v the climate will take listeners behind the scenes by speaking to the people at the coalface: prime ministers Malcolm Turnbull and Kevin Rudd, Tuvalu’s Enele Sopoaga, delegates, activists and lobbyists”.

All five episodes are available now:

Read more and listen to the podcasts on the Guardian site. This podcast series from The Conversation called ‘The Climate fight: The world’s biggest negotiations’, takes us inside the fight for our planet’s future. Taking an academic perspective, we hear from experts who influence climate policy, as well as people whose lives are affected by the climate crisis. The episodes focus on a range of themes related to COP26: money, the quest for net zero, the technology we need to get there, the transition to a fossil free future and the voice of youth taking action on the climate fight. They’ll also be live in Glasgow, reporting on the policy frontlines. Listen on The Conversation or follow The Anthill wherever you get your podcasts. 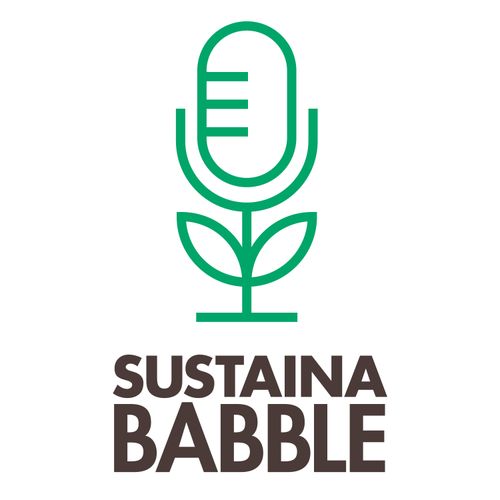 Sustainababble: get some laughs in your COP26 daily diet

Last up: tired of the bad news? Frustrated about inaction? Sick of intransience, inaction and inertia? Check out ‘Sustainababble: A comedy podcast about the environment and get some laughs to help you get through the day. This long running weekly podcast features stories from all things environmental, as hosts Ol and Dave try to sort the wheat from the chaff of eco-guff and babble their way closer to enlightenment.

In episode #228: Road to COP26 they bring us an hour long entertaining fiesta of stories, information and laughs. Ol and Dave discuss who out of the COP26 representatives is the class swot, what politicians have actually bought their completed homework to COP26, and who’s been feeding their climate assignments to the dogs (hint for Australians – no surprises). They talk to a man walking to COP26 with a polar bear on his shoulders; and carry on with their irreverent approach to seeing the fun in trying to save the planet.

You can find Sutainababble on all podcast platforms and also support them in maintaining this free podcast series via their Patreon page.

Listen to other podcasts  –