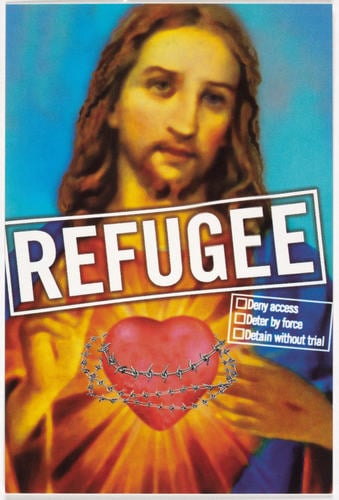 This is an adaption of a talk Iain McIntyre gave at Counteract’s Art and Heart gathering in 2017 in which he outlines a variety of means of spreading messages and information in a creative way. Many of the things listed and displayed below are fairly well known, but include examples that show how a little tweaking or artistic effort can make them more attention grabbing.

Hard copies can be professionally printed or run off on your computer or a photocopier. As with most of the forms discussed here these can incorporate straight down the line messages or parodies and reappropriated culture jams of everyday images. They can be pinned or pasted in various places or replace mainstream messaging within public transport hoardings. Whilst these are typically new creations, important anniversaries and events can be marked by pasting up posters from other eras, as was done in Brunswick during 2016 to celebrate 100 years since the first conscription referendum ended in victory for those opposing militarism and young men being forced to kill and die for the British Empire. 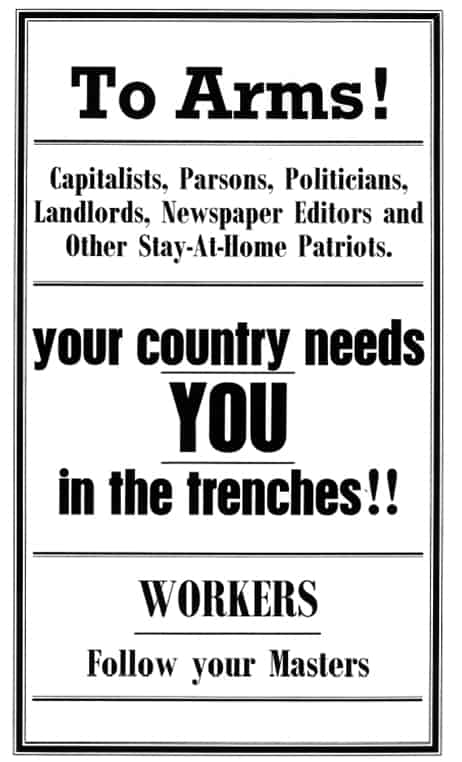 A poster originally created by Tom Barker and the Industrial Workers of the World in 1916 and pasted up around Brunswick 100 years later.

As with posters good placement is everything, whether it’s at a traffic crossing, on the back of your car or in the toilets of your least favourite corporation. Imaginative placement and point of distribution can make an otherwise straightforward item more exciting. Putting up stickers, posters and stencils in the suburbs, where such items are less commonly seen, will likely grab more attention from passers-by than at a university or in city laneways. During boycott campaigns involving old growth forest, apartheid and other issues campaigners placed stickers on products and shelves in retailers, as well as on company trucks.

Badges, T-shirts and other wearables

To fundraise and fly the flag. Flying the flag can of course also be done by flying an actual flag. T-shirt snapped during one of the Bust the Budget rallies in 2014. Photo courtesy of Melbourne Protests.

Can act as mini-posters by being left at various places or displayed on the fridge as well as sent en masse to key decision makers and/or evil doers.

Print items can always be made more attractive or arresting via the addition of striking graphics or by being printed in non-standard formats. Handing out flyers inside a supermarket or bank can draw attention to a product in a way advertisers would prefer you not do. Slipping leaflets in with advertising materials or packages can make a delivery job more rewarding. Avoid the pitfalls or jamming in too much text and not enough pix and engage artists to produce eye catching covers. Cover of a 1934 edition of Proletariat magazine featuring an impressive block cut.

In themselves or as part of publications these are all ways to engage with people and tap into different ways of thinking, understanding and feeling beyond the usual informational and agitational report, pamphlet, leaflet, website mode.

Alongside graphic design and other tips which can be applied to all of the forms here, there is plenty of information easily found online regarding how to best cut and spray stencils. Don’t forget that good placement is the key to success! 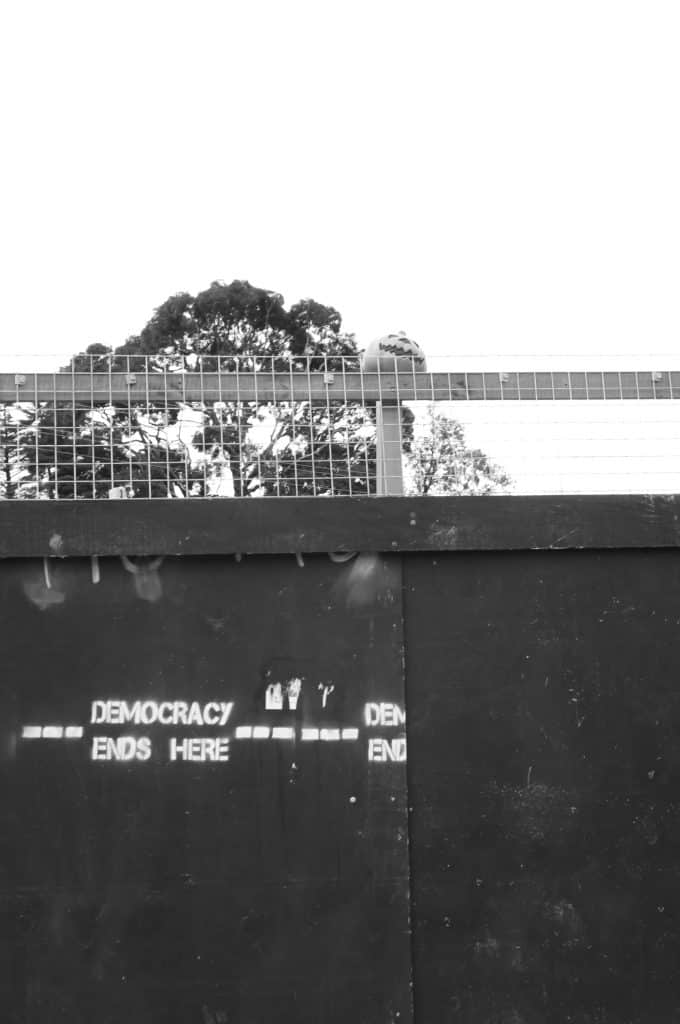 These stencils appeared on construction site hoardings after an injunction was granted restricting protest action by local residents against the opening of a McDonalds’ outlet in Tacoma during 2013.

There’s generally not much you can do with the formatting and layout of hard copy ones due to parliamentary rules, but there’s no reason you can’t deliver them in interesting ways. Going door to door activists collected 30,000 signatures from women in Victoria demanding the right to vote in 1891. They presented it to Parliament in the form of a giant 260 metre scroll which took three people three hours to unroll from spool to spool thereby demonstrating the huge level of support for their cause.

Perhaps a little played out currently due to mass production, but very easy to create. If you can get a copycat or chain effect going then you might even topple the powerful. Just ask Bronwyn Bishop! One of the many memes created during the 2015 ‘Choppergate’ expenses scandal.

Its possible to create a computer or board game about your campaign or one which imparts and explores general skills for activism. As part of their report about working conditions at Amazon the ABC created this one.

Alternatively you can get people at events to engage in group games or ‘gamify’ your next protest. Bonus points for the first one to lock on to the drilling rig…

Other means of mass messaging

It’s easy to forget just how recent a phenomenon memes are so always be on the lookout for new and emerging means of mass messaging. Or, as with all the tactics and forms explored in these articles, look back to the past for forgotten ones that can seem bright shiny new.

During the anti-conscription campaigns of the 1970s postal worker John Zarb’s union placed a special yellow franking stamp on thousands of letters which protested his two year sentence for resisting conscription. NZ activists printed their own postage stamps with messages and graphics in the 1980s which bizarrely later became collectibles. Thanks to Australia Post’s bespoke stamp service anti-coal activists have created their own in recent years.