Dr Troy Innocent from RMIT University presented at the Activism @ The Margins 2020 Conference about using urban play as a strategy of change and resistance in public space.

Human activity continues beyond the limits of growth in cities, making the need for pervasive change within rapidly expanding urban centres – and beyond – now critical.

Urban play has re-emerged as a strategy of change and resistance in public space. Coupled with ways of being ‘hopepunk’, urban play becomes a creative and critical force for renegotiating and re-imagining our connection to public spaces.

Avoiding the instrumentalization of play to solve problems or staging it as spectacle, serious urban play is embedded, situated, everyday action situated in games that resist, remake and re-imagine the world.

Hopepunk brings to this strategy a positivist philosophy that helps frame our lived experiences of cities differently. The term emerged on the Internet, defined as: ‘The opposite of grimdark is hopepunk. Pass it on.’ It identifies a set of ideas and aesthetics situated largely in science fiction literature, videogames and television series but relate more broadly to media and culture. Once you start looking, you can see hopepunk everywhere – and how tired ‘grimdark’ has become as seeing the world purely in Dystopian terms places us within a space of denial or displaces responsibility, expecting governments or technology to save us.

Hopepunk is about connection and community over denial and despair.

Strategies for serious urban play recognise the pervasive nature of the smartphone in connecting and understanding the world. By subverting its role as a passive, controlling and isolating technology to focus instead on it as an urban play platform for active, open exploration of public space, shifting our perspective from seeing ‘the-world-as-it-is’ to experiencing the ‘world-as-it-could-be’.

These strategies situate people in diverse ways of being in public space and have been used to bring into play post-anthropocentric strategies, posthuman perspectives, and First Peoples knowledge and connection to place. Through experiences that are situated, pervasive and embodied the world becomes a material for play and imaginative reframing – particularly when facing global uncertainty and the existential threat of the climate crisis.

Some strategies for serious urban play 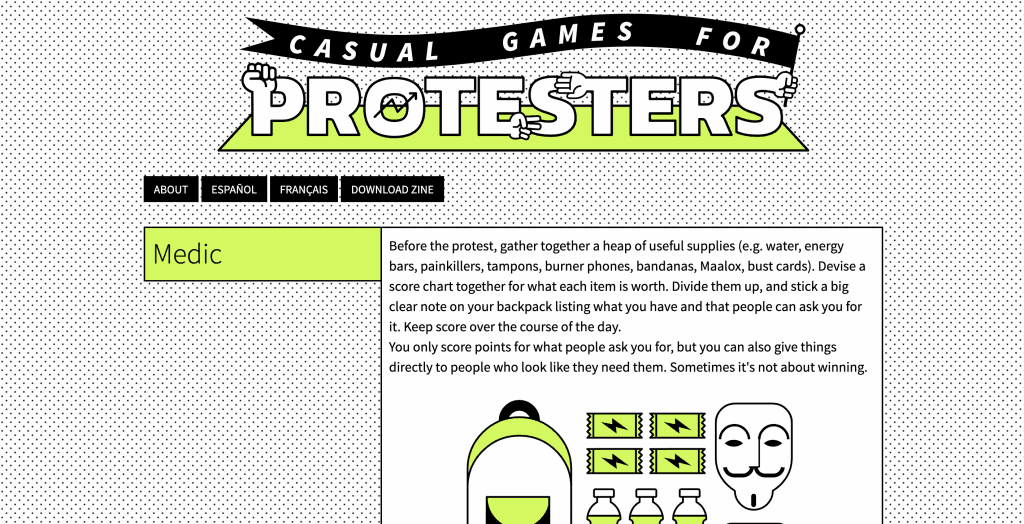