Naming the issues: A training guide

This is a training process guide to provide people with space to start focussing in on one of the issues that may be among many they are dealing with in their community or context. This process is also about starting to think about problems and solutions. It is an excerpt from Building Power: A Guide for Aboriginal and Torres Strait Islanders Who Want to Change the World.

What makes a good leader for social change?

A training process guide to provide a space for people to think about the role and qualities of leaders in social change. Leaders for social change model the way; inspire a shared vision; challenge the process; enable others to act; and encourage the heart. 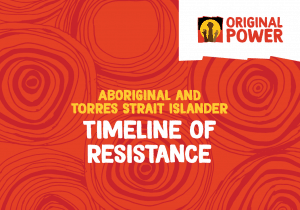