This tip sheet has been written to help you and your group work well together and achieve your objectives and highlights some group habits and actions that resilient community groups have relied on: effective meetings with an agreed agenda; clearly-defined roles; mindful decision-making; accountability; and inclusiveness. 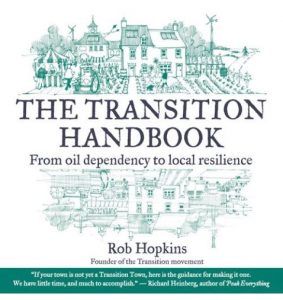 A book review of The Transition Handbook by Rob Hopkins with emphasis on its insights around the emotional & psychological impact of climate change.