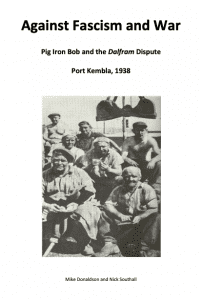 Introduction In solidarity with countries suffering under fascism and militarism, waterside workers and other unionists began placing industrial bans on war materials to overseas regimes including Japan, Germany and Spain during the 1930s. Following the declaration of a national ban by the Australian Council of Trade Unions (ACTU) on such supplies to Japan the first […]