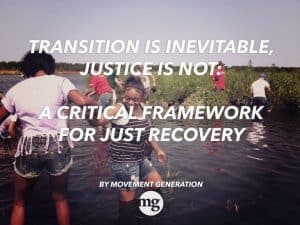 Resilience-Based Organizing departs from traditional organising approaches to address the reality of the ecological crisis. It involves 3 core ingredients: Reclaim Our Labor; Contest for Power, Create a Crisis of Governance; Lead With Vision.