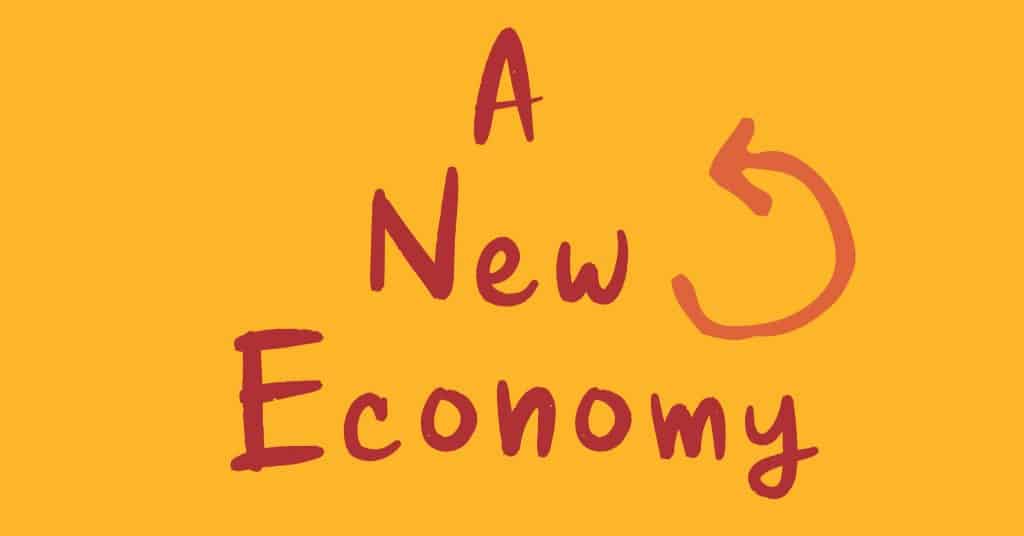 Reset Reading Group resources for discussion curated and introduced by Godfrey Moase. Groups are encouraged to hold discussions of these readings during the week starting 22 June.

Please note we encourage all participants in RRG to read the introduction and watch the main-discussion starter The Take. There are a number of further resources on the theme but we don’t expect everyone to get through all of these prior to meeting for discussion.

Reset 5: Building Relationships & Power for Transformation readings will be available 29 June. If you haven’t signed up to receive the fortnightly emails yet you can do so at Welcome to Reset Reading Group. The readings for each theme will be available in the Reset collection on an ongoing basis.

The co-operative factories run by workers themselves are, within the old form, the first examples of the emergence of a new form… – Karl Marx, Capital, vol. 3 (Penguin, 1981), 571

For Aristotle, the term “economy” referred to household management and what a household needed to lead a good life. While there are many racist, sexist and classist notions imbued in Aristotle’s ideal of the good life (including who was part of the household, what position they had within it and therefore got to enjoy the good life) keeping the human-to-human relational scale in mind is important when thinking about The Economy™.

The economy is not a thing out there removed from people. It is not the latest figures from the All Ordinaries or the Dow Jones. It’s not a set of figures released by the ABS. It’s not a bunch of complex mathematical formulas that only special experts can understand. The economy is a term for how people relate to each other and the world around them in order to support a full and meaningful life. This wider view is a start towards giving due recognition to all the work that goes into supporting and recreating human life outside of traditional workplaces in households and communities.

The old economy, that is the capitalist system, relies on both expropriation and exploitation to extract profit for the owners of capital. Expropriation in this instance refers to the many ways capital takes or steals things in order to make a profit — from the unpaid labour of supporting households, stealing land from its traditional owners through to dumping greenhouse gases in the atmosphere. For a powerful, far-reaching and straightforward account of capitalist appropriation through history, I would recommend reading Raj Patel and Jason W. Moore’s A History of the World in Seven Cheap Things.

While a new economy will have to remedy both expropriation and exploitation (and it’s important to recognise that there is not a fixed border between the two, exploitation can often degrade into outright expropriation), it is how work can be done differently where I have some relevant experience to share.

As a unionist with over 15 years in the labour movement I have far more personal experience in the realm of work, that is exploitation — the specific relation of capital employing labour in order to make a profit. I have witnessed the many ways in which the wage relationship can stunt the development of a person’s full potential and eventually exhaust them physically and mentally. From a manager who doesn’t listen to the ideas of employees to a 50-something manual labourer who is sacked because their shoulder is permanently damaged from working for that company, exploitation comes from the act of treating labour as a commodity. People at work become objects to be instructed, manipulated and finally thrown-away.

It does not have to be this way. Instead of capital employing labour, labour can employ capital. Rather than running workplaces on a one dollar, one vote basis decisions can be made through a one worker, one vote system.

Democracy itself is intrinsically bound up within the microeconomics of a new system. A true democracy is one that does not stop at the factory gates or the office doors. There is even space for worker cooperatives and unions to work together as the institutional bricks and mortar that help people build a new economy together. Unions will be critical to ensure workers do not replace the abstract rule of capital with the entrenchment of a managerial-class. In this sense, the separation of powers is a principle just as relevant to economic democracy as political democracy.

This week’s discussion starter, Naomi Klein and Avi Lewis’s 2004 documentary The Take explores not only the struggle it took for Argentinian workers to take control of their own factories and workplaces in the early 2000s but how daily acts of democratic ownership and management changed both the workers and their communities.

New ways of working and cooperating together unlock new capacities and opportunities for people to fully reach their potential and live a good life. I remember when Ingham’s Chicken closed a turkey factory in McLaren Vale 6 weeks before Christmas a few years back. The workers got together and decided to do more than just accept redundancy payments, they got together with local farmers and decided to try and take over the factory. I saw one union member go from being a turkey boner, doing the same tasks day in and day out, to becoming the project officer arranging meetings, sorting out distributors and customers. A new economy will thrive when people have the chance to really flourish at work.

While the poultry cooperative push went from just an idea to a feasible venture it unfortunately never became operation. In the struggle for a new economy there is no failure if the struggle continues. Each effort, each campaign, each act of activism is like a water drop hitting a stone for eventually the water will break through.

It was this experience that led me to work together with some comrades across the labour and climate movements to co-found Cooperative Power, a cooperative providing retail electricity as a way to create a more fertile ecosystem in which to grow more worker and community cooperatives.

In this 2004 documentary, Avi Lewis and Naomi Klein explore the fabrica ocupada movement in Argentina in the wake of that country’s financial collapse in 2001. Workers took over and ran almost 200 factories across Argentina themselves. Today it’s up to over 400 enterprises. Nearly 20 years on from these events, especially in the wake of the COVID-19 pandemic, how workers responded to deep recession and collectively took matters into their own hands is more relevant than ever before. We are all Argentina now.

They are afraid of us because we have shown that if we can manage a factory we can also manage a country. – Celia Martinez, Brukman cooperative worker, Argentina 2003

The cooperative solution to stagnant wages

In this short essay Godfrey Moase explores how the cooperative model stacks up against conventional corporations and roles cooperatives can play in building a more equal and prosperous country. Read The Cooperative Solution to Stagnant Wages.

The Get Mutual website is an online toolbox for any person or group of people who would like to start a cooperative or help existing cooperatives to grow. Explore Get Mutual.

What do we really know about worker cooperatives?

Take Back the Economy

Take Back the Economy: an ethical guide for transforming our communities is a textbook for action by J.K. Gibson-Graham, Jenny Cameron and Stephen Healy which helps people to build a new economy in communities and the wider world around us. Read the introduction to Take Back the Economy and explore the resources on the Community Economies site.

Reset 5: Building Relationships & Power for Transformation readings will be available 29 June. View the full program and sign up to receive the fortnightly emails at Welcome to Reset Reading Group. The readings for each theme will be available in the Reset collection on an ongoing basis.