News breaks on a critical issue or campaign you work on — what do you do?

Watch this recorded webinar with Nicole Carty of PowerLabs and Matt Hirschy of Equality North Carolina to learn the ins and outs of rapid-response campaigning.

You’ll get the inside story of Equality North Carolina’s powerful rapid response campaign against the dangerous anti-LGBTQ legislation in the state.

You’ll also learn the steps to integrate rapid-response infrastructure into your workflow so next time major news breaks in your issue area you’ll be ready. 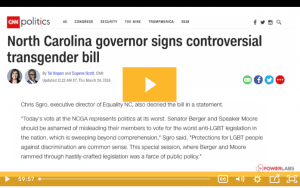