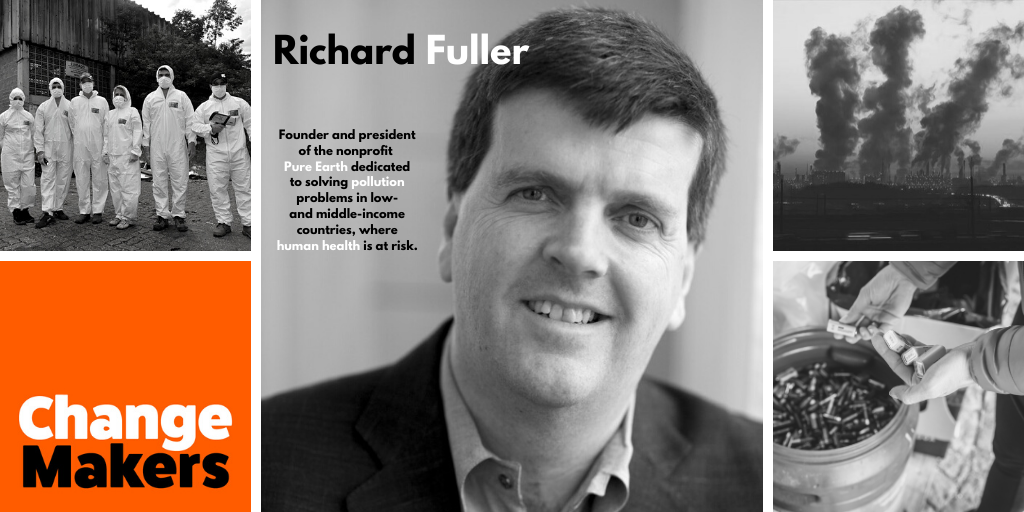 What happens to the communities that suffer from toxic pollution? Too often nothing. But not if they partner with Pure Earth, the world’s only global NGO working on toxics. Today we talk with its founder Richard Fuller – engineer turned toxics crusader who has helped lead an intervention that has cleaned up over 120 places. We find out how he got into it, and how Pure Earth works with communities to create lasting change. 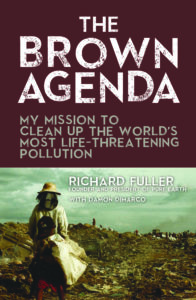 Richard Fuller is an Australian-born, U.S.-based engineer, entrepreneur, and environmentalist best known for his work in global pollution remediation. He is founder and president of the nonprofit Pure Earth (formerly known as Blacksmith Institute) dedicated to solving pollution problems in low- and middle-income countries, where human health is at risk. Pure Earth focuses on polluted places where toxics cause significant public health risk, initiating projects that solve these exposures thus ensuring healthier lives for local inhabitants.

He is the author of The Brown Agenda, published in 2015. In June 2018, Richard was awarded the Order of Australia Medal (OAM) in recognition of his work on polution, conservation and the environment. In October 2019, Richard received an Advance Award for Social Impact from the Australian government for his 20 years of trailblazing work with Pure Earth and his leadership in tacking the issue as “a toxic pollution fighting hero”.

Read the full transcript of this conversation.