The 2021 Calendar has a whole year of inspiration for you. Thank you to the artists below for giving us permission to use your artworks.

About the Images and Dates for Each Month 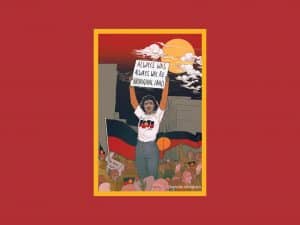 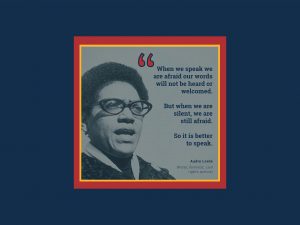 Audre Lorde was born on 18th February 1934. Wikipedia: ‘Audre Lorde was an American writer, feminist, womanist, librarian, and civil rights activist. She was a self-described “black, lesbian, mother, warrior, poet, ” who dedicated both her life and her creative talent to confronting and addressing injustices of racism, sexism, classism, heterosexism, and homophobia.’
Image credit: Photo by Elsa Dorfman/ Wikimedia Commons (CC BY 2.5) 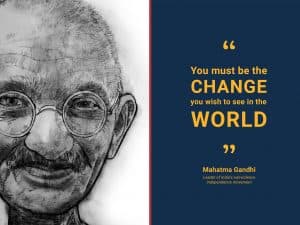 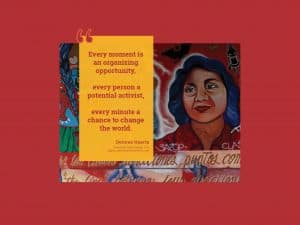 Dolores Huerta was born 10 April 1930. Wikipedia: ‘Dolores Clara Fernández Huerta is an American labor leader and civil rights activist who, with Cesar Chavez, is a co-founder of the National Farmworkers Association, which later became the United Farm Workers (UFW). Huerta helped organize the Delano grape strike in 1965 in California and was the lead negotiator in the workers’ contract that was created after the strike.’
Image credit: Mural painted by Yreina Cervántez. Located in Los Angeles, California at the First Avenue Bridge. The mural depicts the first female Mexican American union leader, Dolores Huerta, Trace Murphy/Flickr (CC BY-NC-ND 2.0) 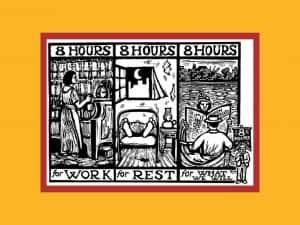 The 1st of May is International Workers’ Day, also known as Labour Day in some countries and often referred to as May Day. It is a celebration of labourers and the working classes that is promoted by the international labour movement.
Image credit: 8 hour day linocut, artist unknown. 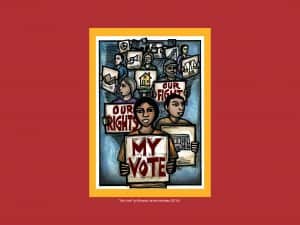 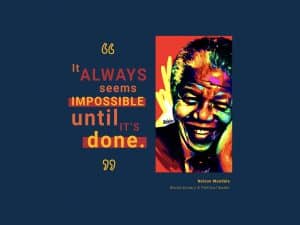 Nelson Mandela was born on 18 July 1918. Wikipedia: ‘Nelson Rolihlahla Mandela was a South African anti-apartheid revolutionary, political leader and philanthropist who served as President of South Africa from 1994 to 1999. He was the country’s first black head of state and the first elected in a fully representative democratic election. His government focused on dismantling the legacy of apartheid by tackling institutionalised racism and fostering racial reconciliation. Ideologically an African nationalist and socialist, he served as the president of the African National Congress (ANC) party from 1991 to 1997.’
Image credit: Nelson Mandela, James Abinibi, (CC BY-NC 4.0) 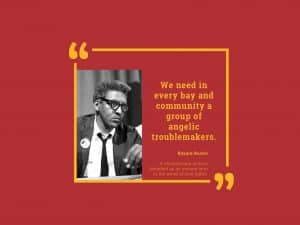 Bayard Rustin was chief organiser for the March on Washington on the 28th of August 1963, one of the largest civil rights rallies in US history. It was also at this march Martin Luther King, Jr.’s gave his now-iconic “I Have A Dream” speech. Wikipedia: ‘Bayard Rustin was an American leader in social movements for civil rights, socialism, nonviolence, and gay rights.’
Image credit: Bayard Rustin at news briefing on the Civil Rights March on Washington in the Statler Hotel, half-length portrait, seated at table. Leffler, Warren K. Wikimedia Commons. This work is from the U.S. News & World Report collection at the Library of Congress. 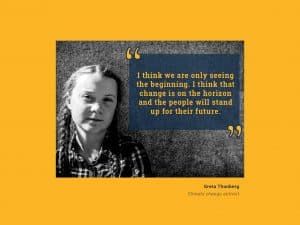 Greta Thunberg spoke at the UN Climate Action Summit on the 23rd September 2019. Watch her ‘How dare you’ speech and find out more about Greta Thunberg on Wikipedia.
Image credit:  Greta Thunberg, outside the Swedish parliament. Anders Hellberg, Wikimedia Commons, (Attribution-Share Alike 4.0 International) 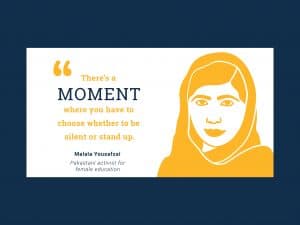 On 10 October 2014, Malala Yousafzai was announced as the co-recipient of the 2014 Nobel Peace Prize for her struggle against the suppression of children and young people and for the right of all children to education. Having received the prize at the age of 17, Yousafzai is the youngest Nobel laureate. Watch Malala’s acceptance speech and find out more about her on Wikipedia.
Image credit: Illustration of Malala Yousafazi from the Noun project. 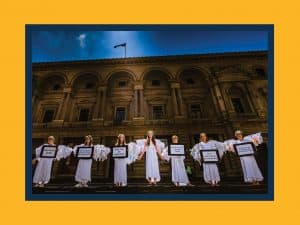 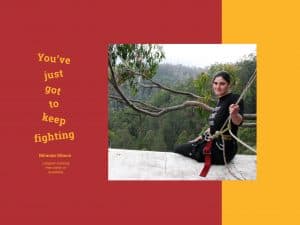